My research is focused on population and quantitative genetics. I am interested in how genetic variation is shaped by selection, demography and other evolutionary forces. Currently, there are several research projects underway in the Vigueira lab.

Pollinator Task Force: Native pollinators are important contributors to crop and wild flower pollination. These insects are understudied compared to the European Honey Bee (Apis mellifera). We have projects that look at how forest gaps contribute to habitat for native pollinators. We are also studying the impacts of fire surrogates on native pollinator abundance and diversity. 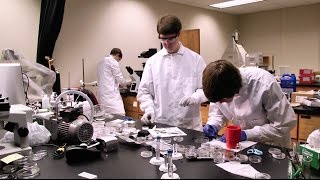 Biology In The News