The Plato S. Wilson Commerce Building (60,000 square feet) was completed in August of 2009. The building houses classes in accounting, finance, marketing, and management.

Students studying in Wilson Commerce were asked what they liked about the building: Plato S. Wilson was born in Morganton, NC in 1925. One of his first customers was Henry Wilson of Henredon. Plato’s initial turndown by Henry Wilson was overcome, and Henry Wilson bought not one but two pages of advertising for Plato’s high school yearbook. When Plato graduated from Duke, Henry Wilson was there and offered him a job selling furniture, and a brand new car. That was the first of only two jobs in Plato’s career … the other was with Henkel Harris. Although his Southeastern territory was small and average, he consistently worked so hard and trained his retailer sales people so well that he overwhelmed the competition. He produced several ten million dollar years and even scored a one million dollar day. After 2.6 million miles traveled, and life sales of $154 million, Plato has written an autobiography, “A Dream to Sell” which is a “how to” manual woven into the story of his life. Plato Wilson is the archetype of the “Successful Salesman”…representing the forty or fifty thousand of those who carried bags along side him during almost fifty years. He has served on the High Point Board of the Salvation Army for twenty years receiving their highest award, “The Others.” School of Business at HPU 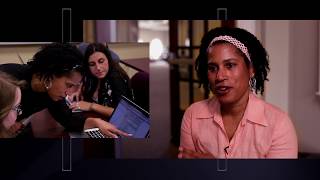