Jobs within the mathematical sciences consistently rank among those with highest job satisfaction ratings. In 2013, CareerCast ranked the best and worst jobs in America according to five factors: environment, income, employment outlook, physical demands and stress. Of the top ten jobs listed, six require significant mathematical training. The top spot went to actuaries.

Graduates that hold math degrees are in high demand by a wide variety of employers. Why? Studying mathematics develops just the skills these employers are looking for. These include abstract thinking, problem solving, analyzing data, rigorous and logical thought and creating and analyzing mathematical models. Employers know that someone who holds a math degree has learned something far more valuable than a series of facts: they have learned how to think.

With a bachelor’s degree in mathematics from HPU, you can build the skills necessary to begin a career in mathematical modeling, finance, statistics, mathematics education, computer science, actuarial science, cryptology, biotechnology or in a wide variety of analyst jobs within government agencies such as the National Security Agency or Department of Defense. Those who want to continue their academic studies can move on to graduate school in mathematics or related fields, such as computer science, finance, economics or operations research. 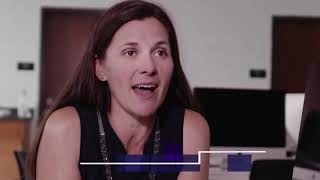