Rev. Preston Davis is the Minister to High Point University. He leads the religious and spiritual life of the University by shaping the vision and culture for Christian spiritual formation and interfaith dialogue and service. Rev. Davis, an ordained Elder in the United Methodist Church (UMC) in the Western North Carolina Conference, has pastored Christian communities in Decatur, Georgia, New York City, and western North Carolina.

In addition to serving the student body, faculty and staff as pastor, Rev. Davis regularly preaches in the greater Piedmont Triad. His writing has been published in Charlotte magazine, the Charlotte Observer, Religion Dispatches, Union in Dialogue, and The Term.

Articles, Sermons, and other Writing: 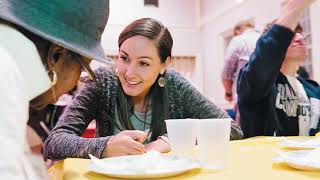 A Community of Faith
read more