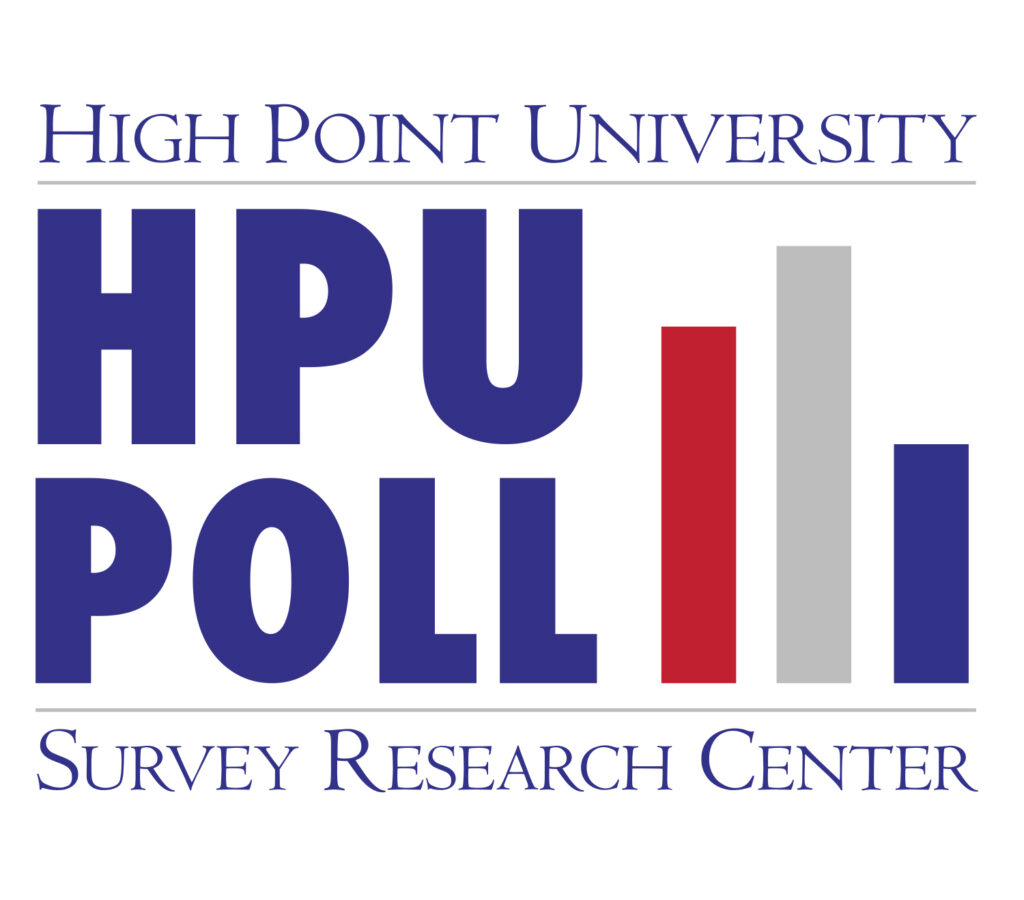 HIGH POINT, N.C., Sept. 27, 2016 – A new HPU Poll finds that likely voters in North Carolina associate different characteristics with each U.S. presidential candidate — Hillary Clinton and Donald Trump. Respondents to the poll also differ in who they trust to do a better job handling a series of policy issues.

Overall, Hillary Clinton is associated with more positive personal characteristics, but Donald Trump appears to have small advantages on the issues that likely voters say are most important. Although Trump had a small possible advantage on “honest and truthful” (4 percent more), more respondents said “neither” (36 percent) of the candidates were associated with that particular phrase in their minds.

“These splits over personal characteristics and competence in dealing with major issues will be important as people consider the 2016 election,” says Brian McDonald, associate director of the HPU Poll and adjunct professor. “This election has clearly taken a toll on the extent to which people see the candidates as honest.”

On policy issues, there were differences in how North Carolina likely voters perceive candidates. Poll respondents were read a list of policies and asked who they thought would do the best job dealing with them — Donald Trump or Hillary Clinton. “As the election nears, Hillary Clinton seems to have a bigger advantage on her key issues,” says McDonald. “However, Donald Trump appears to have a small advantage on the issues that are of most importance to these likely voters.” The High Point University Survey Research Center interviewed 404 state of North Carolina likely voters Sept. 17 through Sept. 22, 2016, using Registration Based Sample (aka Voter List Sample) purchased from Survey Sampling International through Aristotle in Washington, D.C. To be included in the sample, a voter needed to have a propensity score of more than 30 on a scale of 0 to 100 based on their voting history in presidential and midterm elections and demographics. In order to confirm voters’ likelihood of voting, they were asked an additional screening question: “On November 8, North Carolina will hold its election for President, U.S. Senate, Governor, U.S. House of Representatives, and other offices. How certain are you that you will vote in this election? Are you almost certain to vote, you probably will vote, your chances of voting are 50/50, or you will not vote in the November 2016 general election?” Only respondents who indicated they were “almost certain” to vote or “probably” would vote were considered to be likely voters. Of the 419 registered voters interviewed, 404 were determined to be likely to vote in the Nov. 8, 2016 general election. This research was conducted 100 percent by telephone. Respondents on both cell phones (273 interviews) and landlines (131 interviews) were contacted by live operators at the Survey Research Center, who hand-dialed the telephone and completed the interview. Details from this survey are available at http://www.highpoint.edu/src/files/2016/10/47memoC.pdf