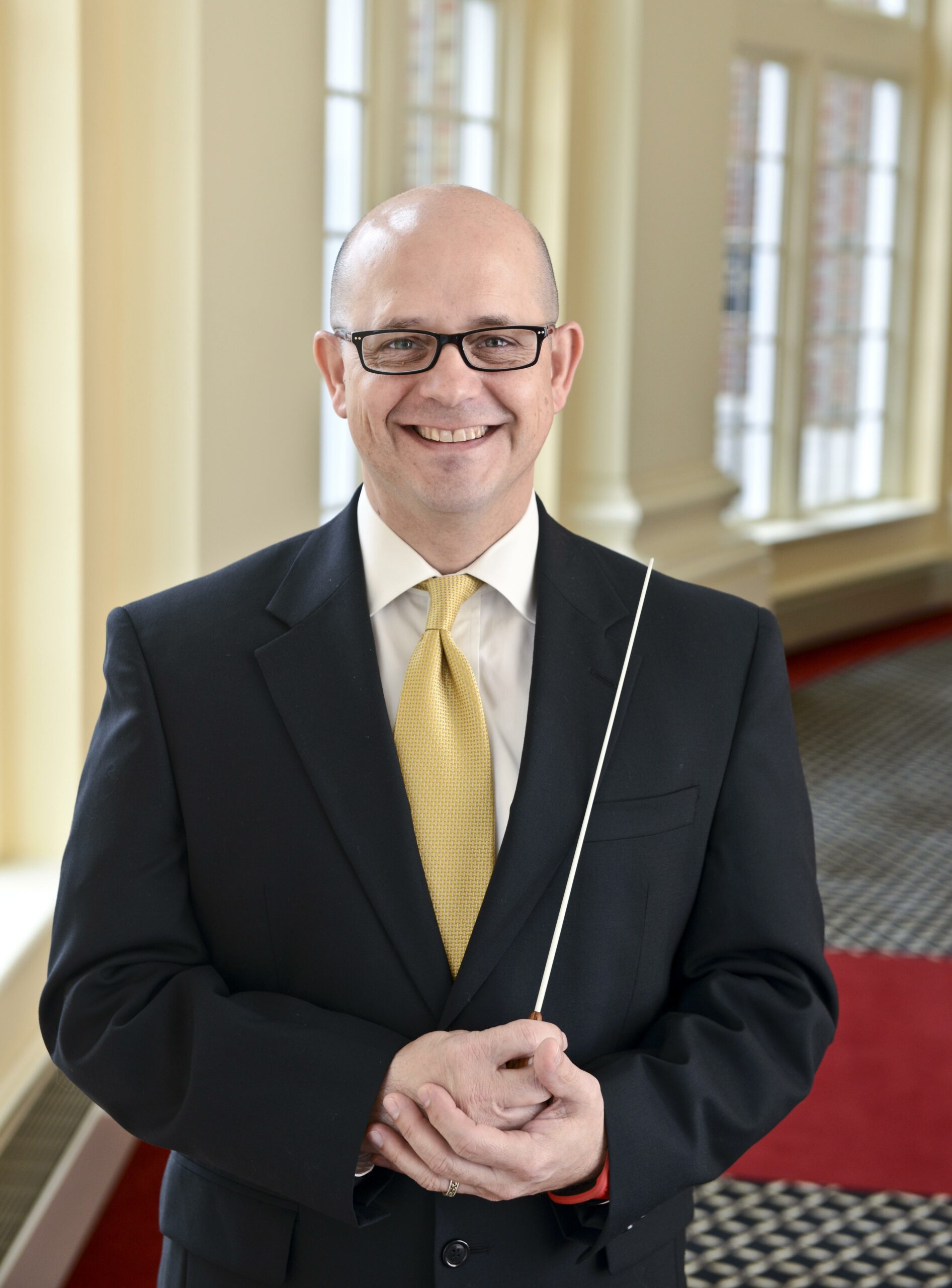 Dr. Danny Frye is High Point University’s first-ever Director of Athletic Bands. Charged with developing a more vibrant athletic program to enhance school spirit and pride, Dr. Frye has embarked on an ambitious plan to establish the High Point University Marching Panthers Band, and develop a unique band experience to enhance the HPU game-day experiences and campus life. Under Frye’s leadership, the Band has grown significantly, both in numbers and quality.

In 2009, Dr. Frye was named the Director of University Bands and Instrumental Studies at High Point University . Under Dr. Frye’s leadership, the pep band grew from 4 members to more than 70 members. The university bands program grew from a single pep band to two pep bands, a university band, and an audition-only Wind Ensemble. The band hosted the North Carolina Association of Independent Schools Honor Band event, and the annual Honor Bands of North Carolina event, recognizing outstanding high school concert bands. As Director of Instrumental Studies, the number of instrumental faculty grew from three to 18 in 2017. In addition, the number of students participating in instrumental ensembles and lessons increased from 16 to more than 250 in 2017. The number of instrumental ensembles increased from one to 18 in 2017.

​
Prior to his appointment at High Point University, Dr. Frye taught at Wake Forest University, Pfeiffer University, and The University of North Carolina at Charlotte. In addition, he taught award-winning high school bands in North Carolina for eight years. Dr. Frye is an active adjudicator and clinician with bands throughout North Carolina. He continues to be an active member of the College Band Directors National Association where he is the past chairperson of the Small Band Programs committee and conferences with the CBDNA Southern Division, the North Carolina Music Educators Association, the Percussive Arts Society, and the National Association for Music Education where he has served as an adjudicator for the All-National Honor Band.

Dr. Frye earned his Doctor of Musical Arts degree (DMA) in Percussion Performance from The University of North Carolina at Greensboro. Continuing a proud heritage of church work, Frye is the Director of Music at Memorial United Methodist Church in Thomasville, NC.