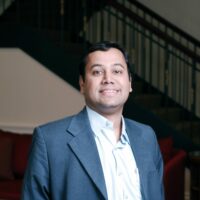 Dr. Suryadipta Roy, Associate Professor of Economics, does research primarily in the areas of international trade and development. His work has been published in Economics and Politics, Review of Development Economics, St. Louis Federal Reserve Review, Applied Economics Letters, Atlantic Economic Journal, International Journal of Economic Research, and the Trade and Development Review. His papers have recently been published in the Economics Bulletin, and the Regional Economist, a quarterly business review from the Federal Reserve Bank of St. Louis. His research on the global implications of the expansion of trade blocs among dissimilar trade partners was featured in the World Trade Organization (WTO) website. He is a firm believer in the importance of strong institutions for promoting economic development. His current research thus focuses on the impact of institutional impediments and political risk towards multilateral trade liberalization, and the potential implications for the developing countries.

Dr. Roy came to HPU in 2008 after spending a summer term as a visiting scholar for the Research Division of the Federal Reserve Bank of St. Louis and as a Visiting Assistant Professor in the Economics Department at Lawrence University and the University of Redlands. While his professional experience has been largely research-based, he also served as a Commercial Tax Officer for the West Bengal Civil Service. Prior to that he worked with the Indian Chamber of Commerce. At HPU, he mainly teaches courses in microeconomics, macroeconomics, international economics, as well as freshman seminar courses related to the topic of globalization, and the China-India-US relationship. He has also taught managerial economics at the MBA level. He serves on the Phillips School of Business Tenure and Promotion Committee and also works with cultural programs throughout the University.