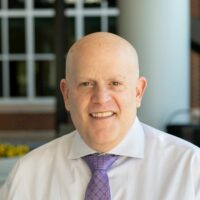 Brett graduated from the Philadelphia College of Osteopathic Medicine with a Masters of Science in Physician Assistant Sciences in 2003. Upon graduating, he began his career as a general and bariatric surgical physician assistant in Newark, Delaware working for the Christiana Institute of Advanced Surgery. In 2004 Brett went to work for the Pinehurst Surgical Clinic. He also spent about 11 years practicing Emergency Medicine//trauma in several larger facilities throughout North Carolina. He most recently relocated from Norfolk, VA, where he practiced general and bariatric surgery as well as orthopedics. Although a Philly guy through and through, he and his wife have happily relocated to Winston Salem with their dog named Marvin.