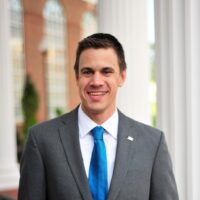 Dr. Barlow is an Associate Professor in the Department of Physics at High Point University and Director of the Culp Planetarium. Before moving to the NC Triad, he completed his Ph.D. in astrophysics in the Department of Physics & Astronomy at UNC-Chapel Hill in 2011 and spent two years as a Postdoctoral Research Scholar at Penn State University. His research primarily focuses on pulsating stars, late stellar evolution, and binary star systems. In September 2018, the National Science Foundation awarded his research group a three-year, $349,621 grant to study the effects small objects like planets and brown dwarfs might have on the evolution of stars like the sun. Originally from Biloxi, Mississippi, Dr. Barlow did his undergraduate studies at Mississippi State University. His other interests include playing the piano, writing music, running, and public outreach.