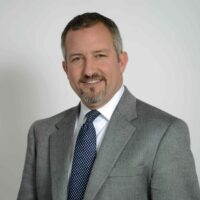 Dr. Toole was born in Tachikawa, Japan. He lived in the nearby town of Fusa before returning to the United States with his family. After living in Pennsylvania and Wisconsin his family settled in the Chicago area, which he considers to be his true “hometown.” Some of his recent public and/or invited talks include: “Before Fodors There Was Xuanzang: Pilgrimage to India By The Book,” “Socially Engaged Buddhists & Aboriginal Australians,” “Dharma, Karma, and Samsāra: An Examination of Ancient Indian Concepts,” “Toward a Further Understanding of Extreme Asceticism and Athleticism,” “Vedantic Philosophy and Inception,” and “What Would Buddha Do? Reflections on Blind Turtles, Hamster Wheels, and Washing Dishes.” Dr. Toole looks forward to leading an upcoming student study trip to Thailand, Cambodia and Vietnam as an extension of his scholarship. Toole also serves as faculty advisor for the HPU PRIDE student organization and the Alpha Phi Omega service fraternity. Dr. Toole lives in Greensboro, NC, along with his two daughters.

Rituals and Philosophies of Japan

Buddhist and Daoist Conceptions of the Environment

Pilgrimage through the Buddha’s India