The message behind the current racial justice protests hits close to home for us, as a major turning point in the Civil Rights movement took place just down the road from HPU. Those who grew up in the area are well acquainted with the story: four black NC A&T University students–Ezell Blair Jr., Franklin McCain, Joseph McNeil, and David Richmond–sat down at a lunch counter at the Woolworth and Company store in downtown Greensboro on the afternoon of February 1, 1960, ordered a cup a coffee, and refused to get up until being served. The next day they were joined by 20 more students and, despite being heckled by certain white customers, peacefully stood their ground. By the fourth day, the media was involved and the publicity spread the sit-in movement first through other North Carolina cities and eventually throughout major cities across the South.

It took months of demonstrations and significant financial losses for Woolworth and other businesses to finally serve all members of the community. This victory for civil rights was so great that the former Woolworth store in Greensboro is now the site of the International Civil Rights Center & Museum. This is worth a day trip if you have not been!

To celebrate Black History Month, we have selected the books below to help you get better acquainted with this important piece of local history. 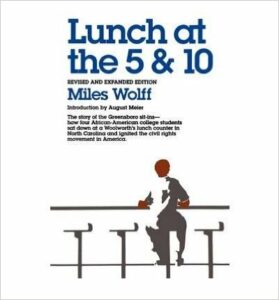 Lunch at the five and ten, the Greensboro sit-ins: a contemporary history.

“A detailed account of the sit-in at a Woolworth’s lunch counter in Greensboro, North Carolina, in 1960, which ignited the civil rights movement in the United States.” -Worldcat description. Click the book cover to check availability. 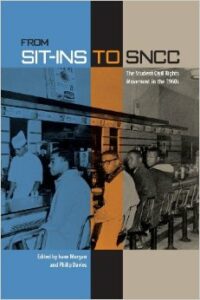 From sit-ins to SNCC: the student civil rights movement in the 1960s.

This is an eBook: Click here to view it.

“In the wake of the fiftieth anniversary of the historic sit-in at Woolworth’s lunch counter by four North Carolina A&T college students, From Sit-Ins to SNCC brings together the work of leading civil rights scholars to offer a new and groundbreaking perspective on student-oriented activism in the 1960s. The eight substantive essays in this collection not only delineate the role of SNCC over the course of the struggle for African American civil rights but also offer an updated perspective on the development and impact of the sit-in movement in light of newly released papers from the estate of Martin Luther King Jr., the FBI, and MI-5. “-Project Muse description. 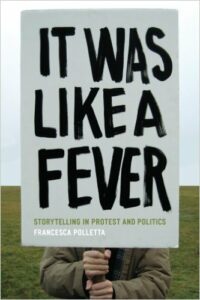 e a fever: Storytelling in protest and politics.

“Activists and politicians have long recognized the power of a good story to move people to action. In early 1960 four black college students sat down at a whites-only lunch counter in Greensboro, North Carolina, and refused to leave. Within a month sit-ins spread to thirty cities in seven states. Student participants told stories of impulsive, spontaneous action–this despite all the planning that had gone into the sit-ins. “It was like a fever,” they said. Francesca Polletta’s It Was Like a Fever sets out to account for the power of storytelling in mobilizing political and social movements.” -Worldcat description. Click the book cover to check availability.

If you’d like some picture books to teach children about the sit-in movement, the School of Education Resource Center has you covered with these titles:

Books on black history are also on display at the entrance to Smith Library, centered around the theme The Black Family: Representation, Identity, and Diversity.  These displays are created annually by our Head of Circulation, La-Nita Williams, who has been the advisor of the Black Cultural Awareness organization on campus since 1990 and has been the Region 3 Director for the NCLPA. Feel free to stop by and check out a book. If you’d rather see more eBooks available, check out our  Supporting Conversations on Race libguide and Anti-Racism Reading list on OverDrive.

If you would like more recommendations, just ask an HPU Librarian!