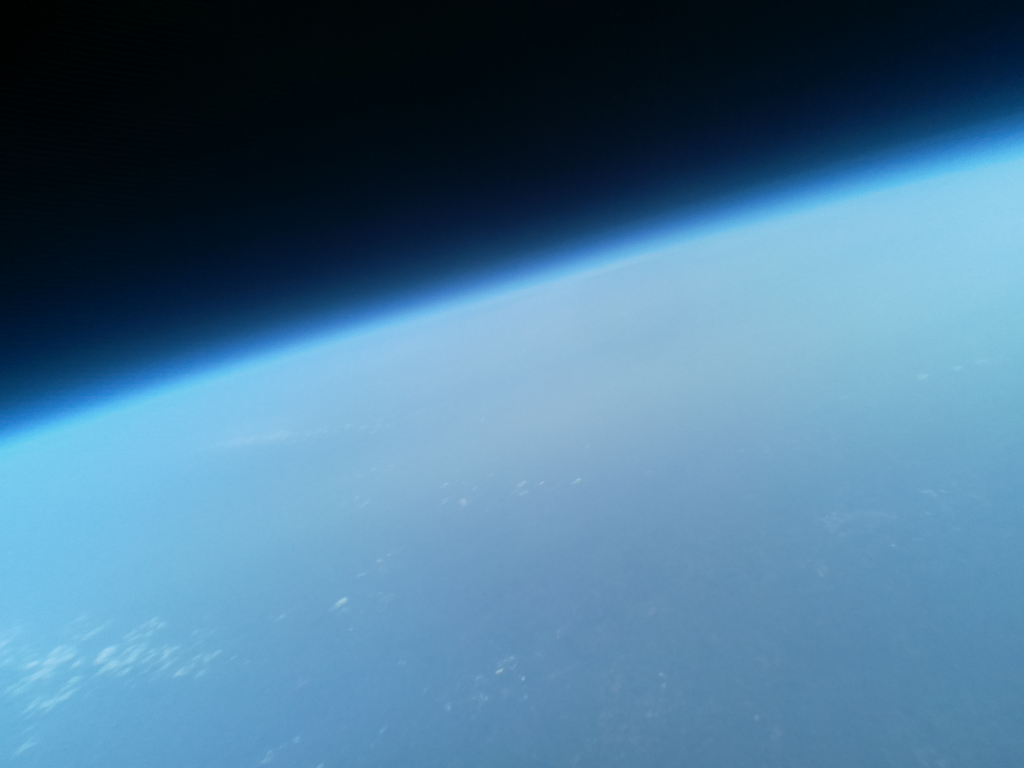 The near-space balloon was a project organized by members of the Python Piedmont Triad Users Group (PYPTUG). The group of contributors, affectionally called “Team Near Space Circus,” was led by Francois Dion with support from Inmar, Dion Research, and High Point University Department of Physics. A presentation by Franciois Dion is available. The people at the launch site in the photo below are: C. Shepard, J. Clouse, F. Dion, B. Wright, A. Titus, M. DeWitt, and G. Rich. The approximately 7-ft diameter balloon was launched April 21st 2015 at 7:55am from RayLen Vineyards in Mocksville, NC. The balloon burst at an altitude of approximately 80,000 ft at 9:06 AM with a diameter of approximately 26 ft. The balloon landed in Hurdle Mills, NC — about an hour drive from High Point University — at 9:39 am for a total flight time of one and a half hours. Martin DeWitt doing his “Up” impersonation. Inside bottom of payload. Inside top of payload. Outside top of payload. Sensors in the Payload

Part 1 of the payload description written by Francois Dion gives information about the cluster of Pis and cameras. Part 2 describes the network, the master/slave component, and the deadman’s switch (actually more like a life-giving switch because it powered on the system at launch). When it is posted, part 3 will talk describe the sensors and data collection. Presumably due to interference, our on-board GPS systems did not measure and transmit until after the primary set of batteries failed. After that, the GPS SPOT transmitted the location of the balloon.

Altitude was calculated from the pressure data. Here is a graph of altitude vs. time. Rate of ascent and descent vs. altitude. Rate of ascent and descent vs. time. And of course, some photos from near space, including photos with the infrared camera. Barrel distortion is quite small in these photos. See the technical descriptions of the cameras in Part 1 of Francois’ blog post.