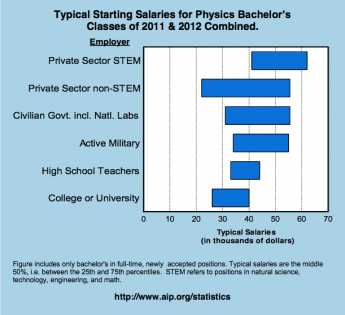 What starting salary can you expect?  The latest data compiled for the class of 2011 and 2012 has been released by AIP. You can read the full report. According to AIP, “After receiving their degrees, 43% of physics bachelor’s either accepted employment, continued in positions they held while an undergraduate, or were seeking employment.” Most […] 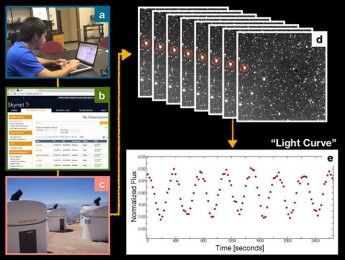 Alan Vasquez Soto (a) has spent his SuRPS time focusing on CS 1246, a pulsating star about 600 light-years from Earth. Similar to a vibrating guitar string, this star ‘pulses’ once every six minutes, which results in a periodic change in its luminosity. Alan has been using the SKYNET web interface (b) to monitor CS […]