Areas of Specialization and Interests:

Life and Letters of Paul

Women in the Bible

Jesus in the Gospels

The Passion Narratives in the Gospels

Visions of the End

Holy Land: Geography, History, and Theology in the Gospels and Second Temple Judaism

Dr. Moses joined the High Point University faculty in 2013.  Prior to coming to HPU, he served as Visiting DAAD Scholar at the University of Heidelberg, Germany in 2012. His book, “Practices of Power: Revisiting the Principalities and Powers in the Pauline Letters” (Fortress Press, 2014), is a detailed study of the concept of the powers in the Pauline letters using the category of practice. The book argues that Paul’s conception of the powers is best understood through the practices he advocated for the early believers. Dr. Moses has also written several scholarly articles in peer-reviewed journals and is currently working on a book on the Gospels’ teachings concerning wealth and poverty.  His hobbies include running, soccer, badminton, and tennis.  He enjoys spending time with his wife, Erin, and their son Emmanuel. 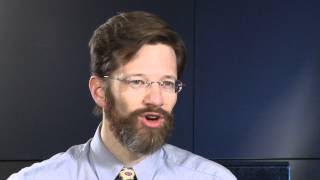