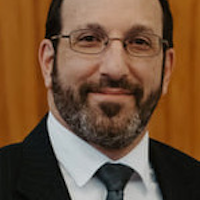 Dr. Schneid teaches European history, 1600-1945, and specializes in the French Revolution and Napoleonic Era as well as general military history. He has published numerous books, chapters and articles on European military history including, European Armies of the French Revolution, The Second War of Italian Unification, 1859-1861, and Napoleon’s Conquest of Europe: The War of the Third Coalition. He is currently completing a book on the Wars of Italian Unification, 1848-1870.

Dr. Schneid will serve as the Charles Boal Ewing Chair in Military History at West Point for the 2023-2024 academic year. During his time there, he’ll teach a general course in military History, direct a two-semester senior seminar in History and offer a course on Napoleon and the Napoleonic Wars. Dr. Schneid appears on the Napoleonic Quarterly, a History podcast. He is featured in five episodes this year that cover 1796-1797. The podcast follows the French Revolution and Napoleonic Era in three-month increments. The Napoleonic Quarterly can be found on Apple Podcasts, Spotify and more.