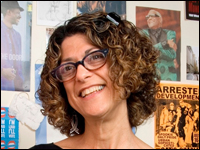 The chapter, “Rhetorics of Race: Mapping White Narratives,” explores the interdisciplinary movement of “whiteness studies” that extends the critique of race to include whiteness by specifically addressing and challenging its normalized position of power. Isaksen then theorizes whiteness from several rhetorical perspectives in an attempt to benefit educators who teach matters of race.

“Studying whiteness is not without its tensions and problems, because when we turn our critical eye to whiteness, we are, in fact, inadvertently privileging it,” Isaksen says. “However, that being said, narratives of whiteness operate so invisibly that it is vital that we all – students and professors – gain critical awareness.”