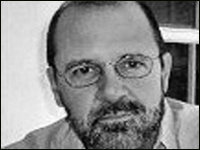 HIGH POINT, N.C., Feb. 11, 2009 – Bruce Graham, a playwright and screenwriter who rose to prominence in the 1990s as one of America’s top dramatists, will visit High Point University as a guest artist in the Media and Performance Symposium.

Graham will be on campus Feb. 26-March 1 and will present a series of classes and writing workshops over a three-day period. He will also attend the opening performance of his play, “Early One Evening at the Rainbow Bar and Grille,” which will be held on Feb. 26 in the Empty Space Theatre of the Old Student Center.

The Media and Performance Symposium, designed to enrich and supplement the educational and artistic experiences of HPU students, will continue to bring nationally recognized artists from all areas of the entertainment industry throughout the 2008-09 academic year. The program is jointly sponsored by HPU’s Department of Performing Arts and the Nido R. Qubein School of Communication.

Graham, who spent eight years as playwright-in-residence at the Philadelphia Festival Theater for New Plays, has had work presented off-Broadway and at major professional theaters throughout the United States and Europe. He has received awards from the Pew Foundation, the Rockefeller Foundation, the Theater Association of Pennsylvania and the Princess Grace Foundation, and in 1998, he won the Lois and Richard Rosenthal Award for “Best New American Play” for his play “Coyote on a Fence.”

Graham’s film and television credits include “Dunston Checks In,” “Anastasia,” “Steal This Movie,” “Roseanne,” “Legwork,” “Hunt for the Unicorn Killer,” “The Christmas Secret,” “Right on Track,” “Tiger Cruise” and “A Ring of Endless Light.” Most recently, he wrote the Hallmark Channel film “The Most Wonderful Time of the Year,” which starred Henry Winkler. Graham also teaches playwriting and screenwriting at Drexel University.