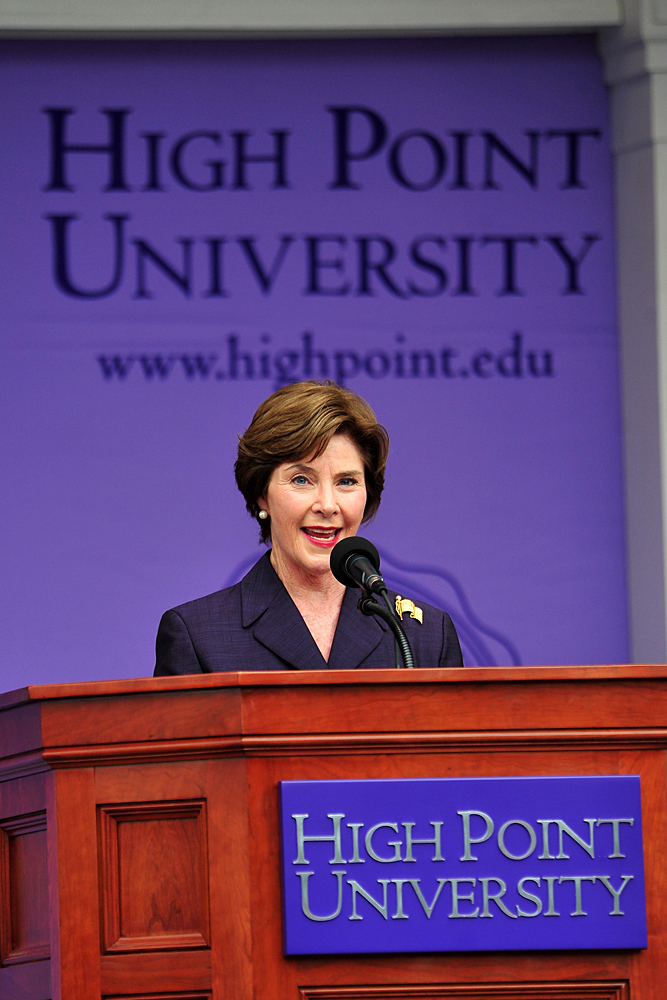 HIGH POINT, N.C., May 5, 2012 – Former First Lady Laura W. Bush delivered an insightful message to 775 graduates receiving their degrees at High Point University. During her speech, she shared her passion for education and encouraged students to welcome the challenges, triumphs and unpredictable changes in life with open arms, and to use their talents to help others. The 88th Graduation Ceremony, held May 5, took place on the Roberts Hall Front Lawn.

“As much as any generation of Americans, the class of 2012 is tasked with resolving challenges that lie far beyond your doorsteps, even far beyond America’s boarders,” the Former First Lady said. “For you, today begins a period of incredible liberty and adventure. A time to find your calling and demand the most from life before life makes specific demands on you. And as you face this new chapter of your life, I can tell you one thing for certain – you won’t waste your talents and education if you use them to help people.”

“Whatever you choose to do, don’t be afraid to take risks or change course,” she added. “The twists and turns along the way give it meaning and richness and value.” Former First Lady Laura W. Bush is one of the nation’s leading advocates on education, healthcare and human rights. She heads the Helping America’s Youth initiative, which focuses on the development of healthy habits in the lives of young people through proven programs that help children avoid drug and alcohol use, early sexual activity and violence. Mrs. Bush is also a strong proponent of developing mentorship and literary programs and promotes organizations, including Teach for America, The New Teacher Project and Troops to Teachers. As a former teacher and librarian herself, her experiences as First Lady have helped her to share her message of education and human rights across the globe.

“When you have a goal and when you commit yourself towards achieving it, nothing, nothing is ever impossible,” said Qubein.

The night before the ceremony, on May 4, several HPU seniors, including the Student Government Association president and education majors, met with Bush to discuss the future of the education system. She offered advice to the future educators as they prepare to begin their teaching careers at public schools in the Piedmont Triad and across the country.

Numerous graduating seniors are headed into full time careers or graduation and professional schools in an array of fields. Some examples include:

Faculty awards were also given during the ceremony, which included awards to Roger Shore, associate professor of mathematics and computer science, who received the Meredith Clark Slane Distinguished Teaching-Service Award, and Ed Simpson, professor of theatre, who received the Ruth Ridenhour Scholarly and Professional Achievement Award.

Also making a special appearance were two F-18 Hornet aircrafts from Strike Fighter Squadron THREE SEVEN based at Naval Air Station Oceana in Virginia Beach, Va., which flew over the crowd during the singing of the national anthem as a tribute to the class of 2012. 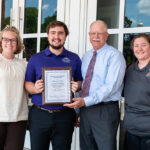 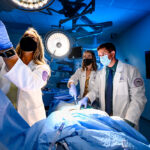