Class of 2014 Outcomes: Kevin Sanders Works Toward His Physics Doctorate

Class of 2014 Outcomes: Kevin Sanders Works Toward His Physics Doctorate 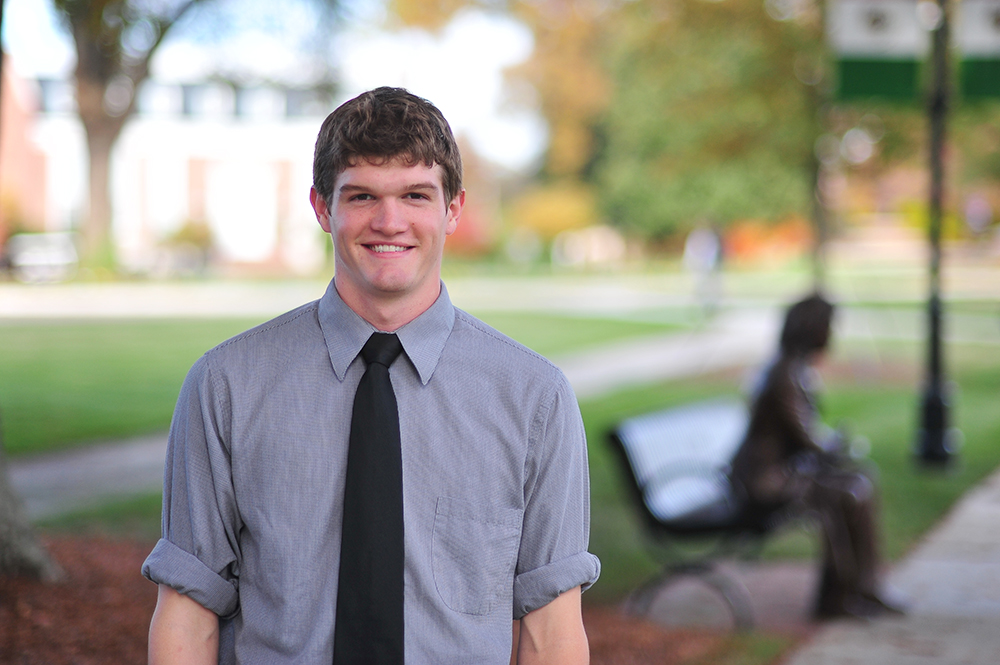 Major: Sanders graduated with a B.S. in both Physics and Computer Science on May 3.

Post-graduation plans: Sanders will be attending Boston University to work towards his Ph.D. in physics.

How HPU helped me get there: “HPU granted me freedom as a student. With such a supportive environment to live in, I never needed to worry about anything other than my studies. Even within those studies, there was substantial freedom: countless projects I chose myself, numerous opportunities to work with professors and bountiful occasions to give my own personal feedback. On top of that, HPU allowed me to present my own research at national conferences across the country in places like California, Florida, and Louisiana (courtesy of URCW grants).”

Most impactful professor at HPU: “There are two professors that I need to mention. My advisor for the past four years: Dr. Aaron Titus. He was available for whatever I might have needed; from setting up a visit before I was even enrolled at HPU to taking lunch breaks at Barberitos to discuss my future aspirations. Dr. Titus has always been encouraging and always did everything within his abilities to help me become a successful academic. Another impactful professor was Mr. Roger Shore. Not only did he set up rich opportunities to gain valuable experience in the Computer Science field (the economics iPad app as an example), he was also willing to acquire the resources necessary for projects that students were interested in. He even drove a group of CS students, including myself, to an all night hack-a-thon in New Jersey.”

Most impactful moment at HPU: “I was most impacted by a series of moments; I was able witness and be a part of the growth of a department. My freshman year was the inaugural year for the physics major at HPU. Since then, the number of faculty has doubled, including the addition of professors actively working on fascinating research. And more recently, physics has branched off to become its own department. Taking an active role in this growth has been a truly rewarding experience, and I look forward to what HPU Physics has in store for the future. ”