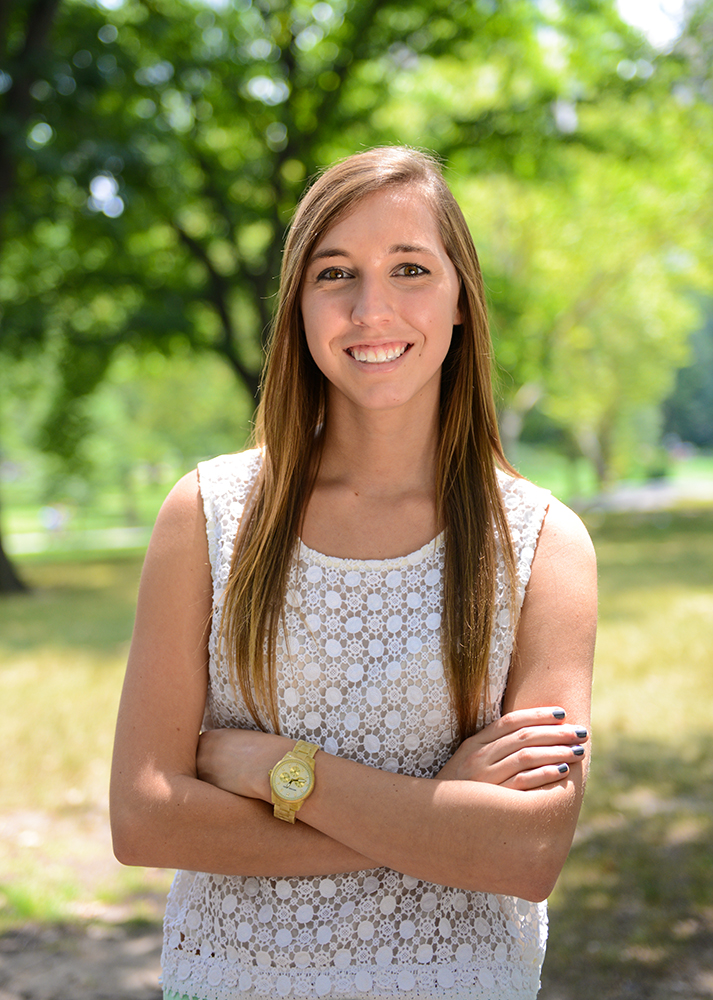 Major: Guglielmi graduated with a B.A. in Communication, with a concentration in Journalism, on May 9.

Post-graduation plans: Guglielmi accepted a position as an Editorial Intern at People Magazine in New York City. In her position, Guglielmi assists editors with their daily duties including fact checking, article and photo research, blogging for the website, working with social media and more. She wrote and published her first story with her byline in June. Guglielmi will also attend various events and help cover them for the magazine.

How HPU helped you get there: “HPU provided me with a number of opportunities both inside and outside of the classroom that helped me achieve my goals. In the classroom, my professors really took a personal interest in making sure that I succeeded. Whenever I had any questions they were always available to assist me. I learned my most important writing lessons in the classroom, and without having such skilled professors I wouldn’t be the writer I am today. Outside of the classroom, I was also able to involve myself in various clubs and organizations that helped me grow as a writer and make professional connections. As the President of the Society of Professional Journalists, I was able to attend national conferences and meet with representatives from publications such as The New York Times, Gannett, ABC, Scipps and more. HPU taught me the importance of networking and keeping up with connections I make along the way.“

Most impactful mentor at HPU: “Dr. Bobby Hayes has by far been my most impactful mentor at HPU. Not only did he serve as both my academic advisor and professor for various classes, but he was also the person I could always count on for unbiased advice and support. Whenever I had a question or concern he was the person I went to. He had an open door policy that allowed us to develop a relationship in which I always felt comfortable going to him with anything. I know for a fact that I wouldn’t have been the student, writer, or person I am today without him. He is someone that I believe I will stay in contact with for years to come.

Another mentor I had during my time at HPU was Pamela Haynes. She was the advisor for the Campus Chronicle during my four years on staff. She taught me what it means to be a team leader and constantly pushed me to be the best writer I could be. She believed in me from day one and I owe a lot of my growth as a writer to her. She provided me with the invaluable experience of serving as the Editor in Chief of the Campus Chronicle my senior year. The thing I admire most about her is her willingness to go out of her way for other people. I don’t think she even realizes how much she did for me as a writer, and as a friend during college. I am so grateful to have her on my side supporting me.”

Most impactful moment at HPU: “My most impactful moment at HPU would be when I was named the Editor in Chief of the Campus Chronicle. I joined the Campus Chronicle as a freshman and throughout my four years on staff I climbed the ranks from writer all the way to News and Layout Design Editor before being named the EIC. I knew on my first day of college that by my senior year, I wanted to be the Editor in Chief. When I officially stepped into that role, it was one the first times that I had felt myself truly achieve a goal that I had set out to reach. It was such an honor to work for the paper and serve as the EIC my senior year. I’ve seen the paper grow so much over the years and I am beyond proud of the individuals on staff that I worked with. I know that the paper will continue to be a success and I can’t wait to see where it goes and how it evolves. The paper taught me a lot about what it means to work for a team and be a leader. I was also able to continue to develop my writing and editing skills over the years.”

Advice for underclassmen: “As a student, I used to roll my eyes every time someone said ‘networking is important!’ But seriously – networking is so important! I got my internship at People Magazine and my previous internship at Seventeen Magazine through connections I made in my field. Never count anyone out or burn any bridges because you never know when you might need to call someone for a favor. On the opposite side, always be willing to help your peers! Even if you are competing in the same field of study, you’re still on the same team trying to be as successful as you can. Also, don’t take your four years for granted. They go SO fast!”