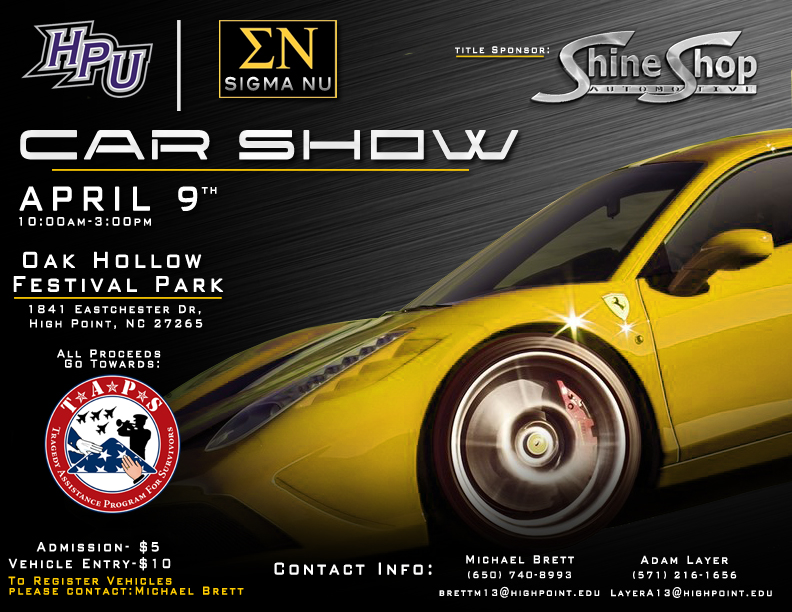 All proceeds will go to the Tragedy Assistance Program for Survivors (TAPS), an organization that provides care to those that are grieving the death of a loved one that served in the Armed Forces.

“TAPS is an incredible organization,” said Sigma Nu fraternity member Hayden Bardof. “They tirelessly work to help families who have lost a loved one that has served in the armed forces of our country. Through TAPS, fathers, mothers, brothers, sisters and friends are given the opportunity to experience their grief in a healthy and safe environment, surrounded by those who have walked the same path of loss. They are truly an organization worthy of support.”

The show will feature some of the most impressive vehicles from across the East Coast including exotic and luxury vehicles. The event is being sponsored by Shine Shop Automotive, Foreign Cars Italia, Vann York Chevy and Bentley of High Point.

The event will also have local food trucks such as Zekos Pizza, Taqueria El Azteca and Sunset Slush Italian Ice. More than a dozen organizations and businesses will have booths at the event including the National Guard, Marines, H&R Block, Blue House Media Group and the Tubano Shop.

“The Sigma Nu car show is an event that encapsulates our organization’s mission of service,” said Eddie Whitlock, president of Sigma Nu fraternity. “It has been a blessing building relationships within the community, especially with those involved in the military and the TAPS organization. We are thrilled to raise money for such an impactful group.” 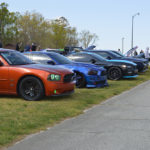 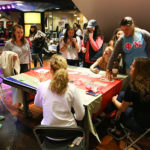 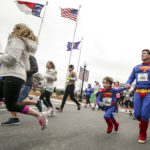 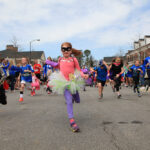