Meet the Seniors: One Question Leads to Life-Altering Opportunity

Meet the Seniors: One Question Leads to Life-Altering Opportunity 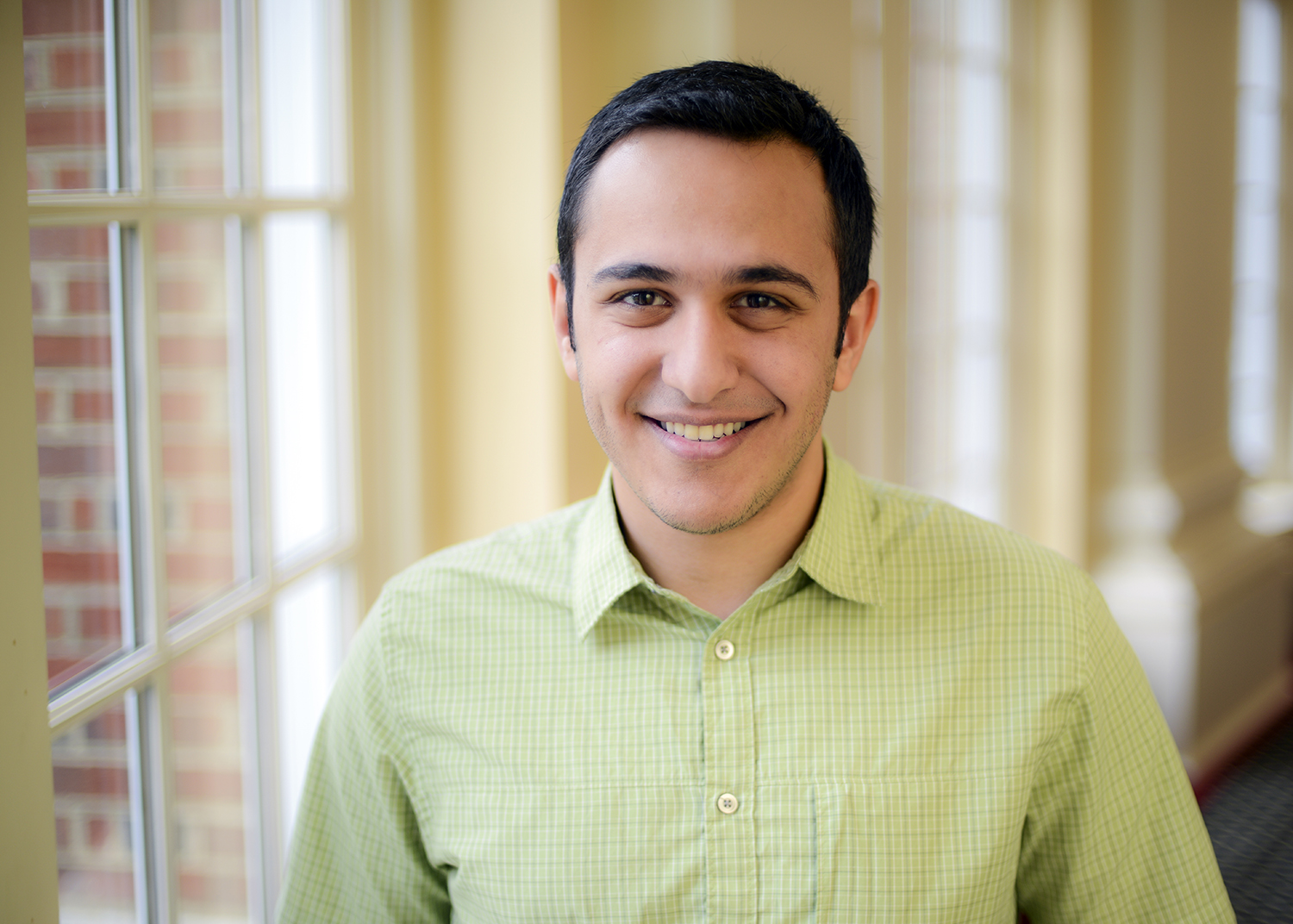 For Reza Moghtaderi, it started with a question.

Back in February, in a room inside Congdon Hall, he heard Britton Sanderford speak about initiative, entrepreneurship and the importance of passion. Sanderford, a parent of an HPU student, would know.

He was 58, an entrepreneur who holds at least 80 patents. He built his own computer at 15, started his first company at 19 and started and sold three technology companies.

After Sanderford finished his talk to computer science students, many members left. Not Moghtaderi. He stayed behind.

“I’ve started my own company, and you’ve been successful running so many companies,” Moghtaderi told Sanderford. “How did you do that?”

Moghtaderi and three other HPU students had started a software development company they called Cirtual, and the more Moghtaderi told Sanderford about it, the more questions Sanderford had for him.

“Are you good?” Sanderford asked.

“Two of us are talking to Google so we’re decent,” Moghtaderi responded.

“Talk to me before you talk to Google,” Sanderford said.

Five days after Sanderford’s speech, after working on an email to make it sound just right, Moghtaderi sent Sanderford a response. It included a four-paragraph description of Cirtual.

“I am so glad to hear from you,” Sanderford wrote. “You passed the test, you took action.”

Sanderford invited Moghtaderi and the rest of his team to New Orleans. He wanted to gauge their interest in working on a project he sees as one of the most technologically challenging today – programing supercomputers that can simulate the brain’s neural network.

Sanderford wrote that he’d pay for the trip.

Moghtaderi was speechless. His colleagues were skeptical. They were all computer science majors, comfortable with dealing with the unknown. But this?

Still, none of them had ever been to New Orleans. So, they went – Thomas Douglas, Michael Newton, Nick Zayatz and Moghtaderi. They had nothing to lose and so much gain.

In late March, the four spent two days in New Orleans. They went through three separate interviews, stayed in a hotel in the city’s famous French Quarter and ate crawfish, gumbo and po’ boy sandwiches for the first time.

Sanderford’s employees gave Moghtaderi and his team high marks, and Sanderford offered all four a job because he saw the team’s potential. Plus, he liked HPU.

He had hired an HPU grad before, and he saw the school as a place that turned students into creative visionaries. And Cirtual impressed him. He knew how rare it was for college students to start their own company.

So, Sanderford offered to be the anchor tenant for Cirtual. The four would work for him, work on their own projects and be mentored by him and his staff of technological experts.

The four didn’t accept right away. They came back to campus, went to a room in Congdon and wrote on a blackboard all the pros and cons.

Moghtaderi and Zayatz were interviewing with Google. If that fell through, the four had wanted to stay in North Carolina and work together near HPU and their computer science professor, Roger Shore, their mentor.

But Sanderford’s offer also kept their team intact. And they could work on their own projects like Zipsy, the app they created last year that allows users to post photos with limited anonymity.

Meanwhile, they were impressed by Sanderford and his team. And they liked the idea of what they could learn.

So, less than a week after returning from New Orleans, they accepted.

“I was following the path of my parents – go to college, go to grad school and get the right job where I could make a good amount of money where I could code,” says Zayatz, a senior from Columbia, Maryland. “But the big thing about all this is that I learned you don’t have to follow that path. You can make your own.”

Zayatz and Moghtaderi will graduate Saturday. A week later, all four will move to New Orleans.

They’ll live together in the same rental house and begin their professional adventure.

“I’m really happy someone saw the benefit of keeping us together,” says Douglas, a native of Winston-Salem, North Carolina, who graduated last year. “We’re smart individuals, but the four of us together are much better than each of us working individually.”

Newton, a Presidential Scholar and a rising junior from Wilmington, Delaware, will graduate in two years. He’ll spend three months in New Orleans and come back to school and work remotely.

And to think, one question sparked it all. Moghtaderi wanted to know more.

He’s always been like that, ever since coming to America from Iran at age 17 to live with his uncle in North Carolina, go to school and find bigger opportunities.

One of the reasons he came to HPU was the personal story of its president. Like Moghtaderi, Dr. Nido Qubein came to North Carolina from the Middle East at age 17 because he believed “the streets in America were paved with gold.”

Qubein says that often in every speech, and Moghtaderi has that comment bookmarked on YouTube and listens to it when he needs a pick-me-up. Like Qubein, Moghtaderi believes that America is the Land of Opportunity – if you work hard enough and don’t give up.

“I’m constantly reminding myself of what Steve Jobs once said,” says Moghtaderi, now 22. “He said, ‘Being the richest man in the cemetery doesn’t matter to me. Going to bed at night saying we’ve done something wonderful, that’s what matters to me.’

“I came across the globe to find a better life. Now, I have a once-in-a-lifetime opportunity to do something big. There is no reason not to follow your heart.”