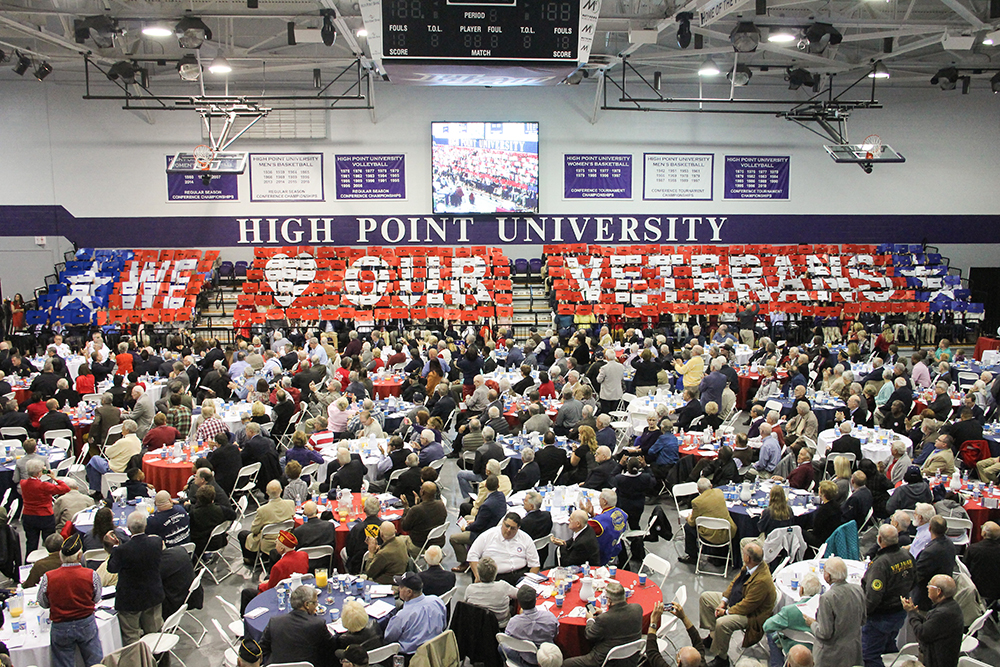 HIGH POINT, N.C., Nov. 11, 2016 – Carved on the sidewalk of High Point University’s Kester International Promenade, you’ll find a quote from Winston Churchill: “We make a living by what we get, but we make a life by what we give.” Today, Churchill’s message lived on through his granddaughter, Celia Sandys, as she addressed a crowd of more than 1,000 people at HPU’s Veterans Day Celebration.

“My grandfather served on the Northwest Frontier of India, took part in the last great British Cavalry charge in the Battle of Omdurman, rallied the South African Light Horse during the Anglo-Boer War, and served in the trenches in World War I,” said Sandys. “This means that he understood the military life and warfare more than most.”

“I’m so proud and so honored to be with you here on Veterans Day. I’d like to thank all the veterans present for all that they have done and continue to do to keep us all free.”

Hundreds of veterans, their families and community volunteers gathered in HPU’s Millis Center for a complimentary breakfast, performances by the North Carolina Brass Band and HPU Chamber Singers, and a line-up of speakers wishing to honor those who have served.

Veterans were honored with a Super Bowl-style card stunt by volunteers in the stadium that read, “We love our veterans.” Each military branch also stood for the playing of their service song in an “Armed Forces Salute.”

Haywood Miller, a retired U.S. Marine and Vietnam War veteran sat at a table of veterans who traded stories of their time in service. He says he has the best one of them all.

“I was on a ship of 5,400 men that exploded off the coast of Vietnam,” Miller said as he dug for a photo. “I survived, but came home to find this—my obituary in the local newspaper. I guess they got it wrong.

“It’s an honor to be here and we all feel really grateful. It’s been a great way to bring community veterans together.”

“Patriotism is a value we cherish at High Point University, and the flag is a symbol that we all respect,” said Dr. Nido Qubein, HPU president. “Veterans, today you remind us all that we are given the gift of freedom. This is a moment of pride for HPU. This is a moment of gratitude from someone you’ve allowed to become one of you.”

As part of the ceremony, HPU donated 100 American flags to local organizations, including public schools, government buildings, and the parks and recreation center.

Two groups of HPU students who have raised thousands of dollars for veterans, including a fraternity that raised $26,000 for the Independence Fund to purchase a track chair for a North Carolina veteran in the spring, spoke about their passion for honoring members of the military.

“Let us remember the words of President Coolidge,” said Qubein. “’The nation that forgets its defenders will be itself forgotten.’ We always need to remember that we can never forget you, your sacrifices and your service. Veterans, on this day we thank God for you and we thank you.” 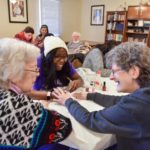 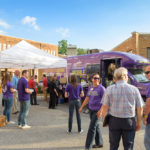 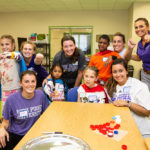