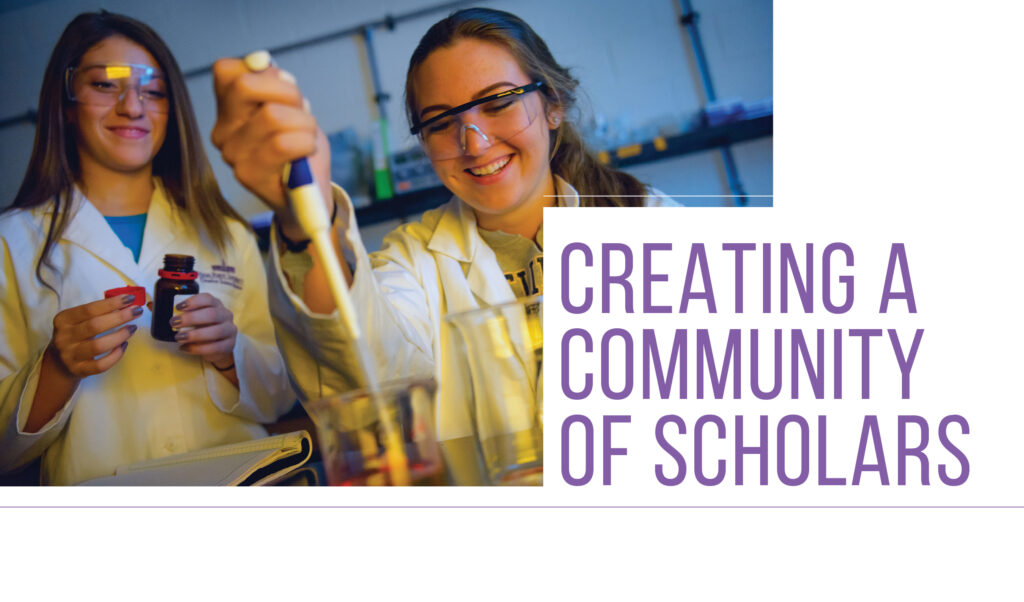 This story is featured in the Fall 2017 edition of the HPU Magazine. Discover below how HPU’sResearch Rookies program engages new students as scholars.

When Deanna Lee came from Arizona to study at High Point University, she didn’t think of herself as a scholarly researcher.

But before her senior year arrived, she had a list of research accolades, projects, papers and experiences that have led her to become what Dr. Joanne Altman, director of Undergraduate Research and Creative Works, calls “distinguished from the rest.”

“Academic research has given me purpose,” says Lee, now a senior who is double majoring in biology and psychology and preparing for graduate school. “It has shown me how to leave my handprint on the world.”

It began with the Research Rookies program, which Altman designed to engage new students as scholars. She presented her work at numerous conferences, won an award at a conference in San Francisco, and has devoted summers to research projects that span from science labs to assisted living facilities.

It’s all part of the HPU mantra.

“Our mission to engage students in research reflects what Dr. Nido Qubein, HPU president, often asks our students regarding career preparation — ‘What makes you stand out?’” Altman says. “I remind students that they will be  one of 1.98 million other college graduates across the United States looking for jobs. What is it that will make  them different?

“Undergraduate research separates them from the crowd.”

Students Who Are ‘Well Entrenched’

The first summer that Lee devoted to research was in the biology lab of Dr. Veronica Segarra. They worked to derive data from a yeast protein that might have the ability to carry nutrients or other molecules. The next summer, she went out into the community to see if narrative storytelling — the art of telling stories from one’s past — could improve the health of elderly residents at an assisted living facility.

In both cases, she had faculty mentors who guided her — Segarra, assistant professor of biology, and Dr. Kirsten Li-Barber, associate professor of psychology.

“In Dr. Segarra’s lab, she treated her students as true team members,” Lee says. “She allowed us to explore scientific methods and ask big questions. I met Dr. Li-Barber through the Research Rookies program and knew she expected a lot of her students. I knew if I could be her research assistant, she would really push me forward.”

Lee’s experience is built intentionally by Altman, who connects students with research opportunities and mentors across campus, and in some cases, even other continents. It starts with the Research Rookies program and a clear vision in the way research benefits students.

Altman, an animal behaviorist researcher, has seen those benefits in the lives of graduates.

“The foundational skills of research are the same skills employers want — being able to work in teams, communicate complex findings and make a compelling argument for your work,” she says. “I once had a student conducting very high level research, but her project title was a mouthful. I kept asking her why it was important. It took four “whys” before she got to ‘potential cures for cancer.’

“That’s what our program does for students. It teaches them how to conduct the research, but also how to convey the ‘why’ first and foremost so they can present their work to people who are different from them.”

And HPU begins that process earlier than other institutions.

“Senior capstone and research projects are common, but no one else is doing this with freshmen. We welcome them immediately into a culture of scholarly learning,” Altman says.

A Culture of Scholarly Learning

HPU’s approach has depth and breadth, too. Undergraduate science students conduct research in labs on campus,  while English majors can examine literary theory, theater majors can produce creative works, and a wealth of other majors, such as business or communication, can implement studies on campus or in the community like Lee did with narrative storytelling. Amanda Vo (left) and Graham Davis, pre-law majors, built a database that documents the amount of money new law school graduates may have to pay up front to practice in different areas of law.

Graham Davis and Amanda Vo, pre-law majors, conducted research relevant to their field. In their preparation for law school, Altman connected them with a firm in High Point and helped them build a database surrounding the economics of practicing law. They documented the amount of money new law school graduates would have to pay up front to practice in different areas of law.

“Their database considers how much time and money go into cases in different types of law, such as family law or personal injury, and what the actual return on investment is,” says Altman. “Their work can help new law school graduates pick the best types of law to practice based on their circumstances and goals.”

That isn’t something every job or law school applicant can say they’ve accomplished.

“As a result of research, students end up with this project they can talk about that demonstrates how they found solutions for problems,” Altman says. “Real world employers want that — not just someone who will do a job, but someone who will make their job or their team or their organization better.”

For Lee, she’s gained more than a robust resume. She has grit, vigor and perseverance. She earned it in the lab where experiments, as they’re bound to do, failed.

“You have to keep pushing yourself,” Lee says. “You learn that in research.”

And by connecting with the elderly in High Point to test her narrative storytelling hypothesis, she also found a calling.

“We all reach a certain age like the people in my study,” Lee says. “I have seen how these elderly people don’t always have someone to listen to them, though that’s so important, and I’ve noticed that there is not a lot of research done on their age group.

“If I can leave a hand print on the world, I know now that it will be through geriatric studies. My project has filled me with that passion.” 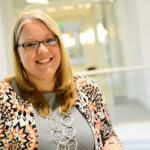 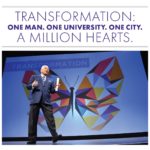 Transformation: One man. One university. One city. A million hearts. 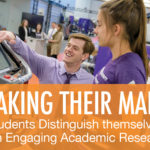 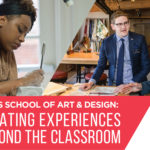 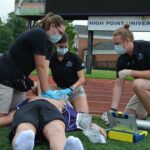 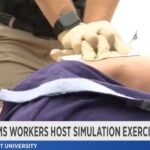 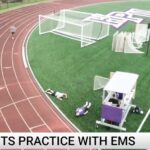