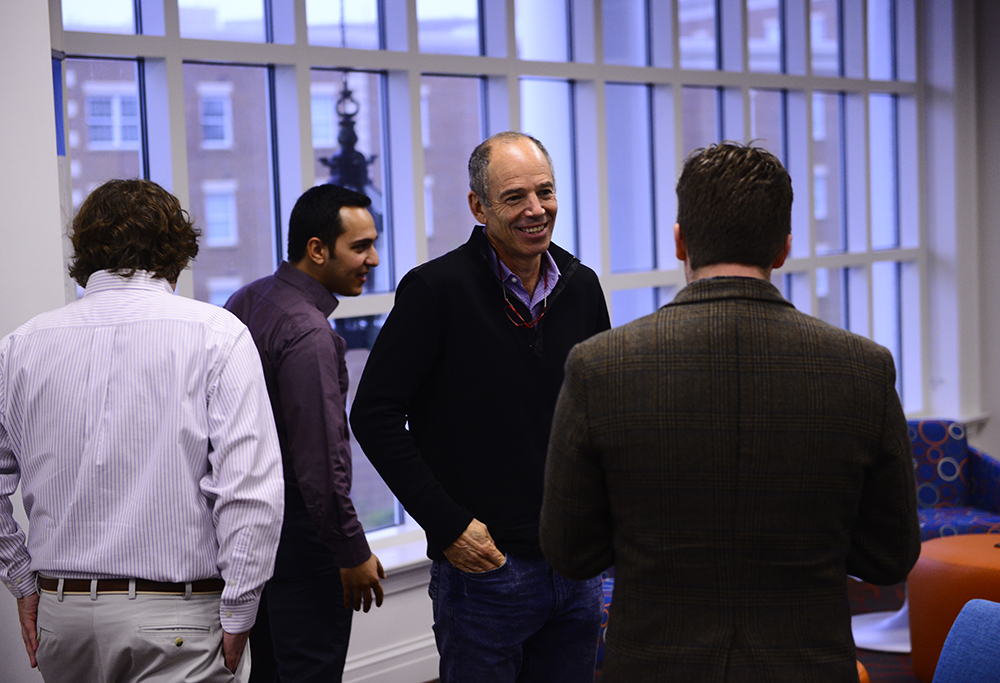 HIGH POINT, N.C., April 9, 2018 – Marc Randolph, Netflix co-founder, Silicon Valley icon and High Point University’s Entrepreneur in Residence, will return to campus on April 23 for a Q&A session at 10 a.m. with HPU President Nido Qubein. The event is open to the public with a limited number of complimentary tickets available. Guests may reserve tickets by calling HPU Campus Concierge at 336-841-4636 or emailing concierge@highpoint.edu. HPU student Dylan Silber poses for a photo with Randolph after working one-on-one with the entrepreneur.

Randolph will also work closely with students in a variety of majors across campus, such as entrepreneurship, business and pharmacy. He first visited HPU in 2015, when Dr. Nido Qubein, HPU president, interviewed Randolph in front of a live audience for UNC-TV public television. Randolph also met with students who pitched their business plans to him inside the Belk Entrepreneurship Center in Cottrell Hall.

Randolph officially took on the role of Entrepreneur in Residence in fall 2017. During his upcoming visit, he will work with students in the Entrepreneurship Club and the Selling Club at HPU.

“Our students will have the distinct opportunity to learn from a technology icon who has changed the way the entire world consumes media,” says Qubein. “His entrepreneurial spirit reflects the importance of free enterprise, personal initiative and a growth mindset, which we value on our campus. His mentorship will benefit students measurably as they build their own ventures and launch their own careers in the world.”

“After Marc Randolph’s last visit, I started building prototypes,” says Dylan Silber, a double entrepreneurship and sales major at HPU who met with Randolph during his freshman year. “He told us that you learn more in one day of doing than in one year of working on your business plan. I wouldn’t have gotten this experience anywhere else. Learning from people who are entrepreneurs at this level, it’s absolutely life changing.”

Randolph’s role reflects the university’s #1 Most Innovative Regional College in the South ranking from U.S. News & World Report. Apple Co-Founder Steve Wozniak also serves as HPU’s Innovator in Residence, making HPU the only university in the nation where both of these technology leaders have committed to serving in residence.

For a full list of global leaders who served in residence at HPU, visit highpoint.edu/accesstoinnovators. 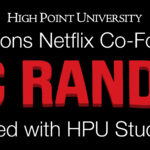 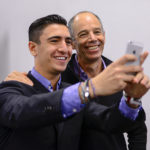 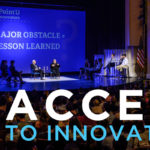 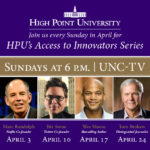