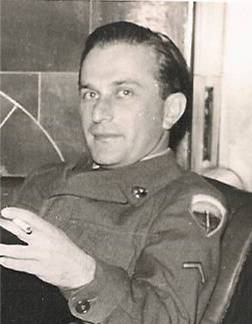 Hank Brodt, a Holocaust survivor from Boryslaw, Poland, who now lives in High Point, immigrated to the United States and served in the U.S. Army.

HIGH POINT, N.C., Jan. 11, 2019 – Hank Brodt, a Holocaust survivor who now lives in High Point, will share his story at High Point University in commemoration of International Holocaust Remembrance Day. The event will be held at 7 p.m. on Jan. 23 in the Pauline Theatre at Hayworth Fine Arts Center.

The event is open to the public. Community members who would like to attend should contact the Campus Concierge at 336-841-4636 or concierge@highpoint.edu by Jan. 21 to reserve a seat.

HPU’s Hillel, the Department of History and the Office of Jewish Life are sponsoring Brodt’s visit as part of International Holocaust Remembrance Day, an annual commemoration designated by the United Nations General Assembly. With only about 100,000 Holocaust survivors still living today, these events are intended to keep their memories in the forefront and prevent such a tragedy from happening again.

“Having the opportunity to host someone as inspiring as Hank Brodt is something truly extraordinary,” says HPU senior Zach Posner, president of Hillel. “We are all used to reading the stories from a textbook, but when you get to experience it from someone who survived it, it’s truly something else. I hope everyone who attends will become more knowledgeable and be able to teach others about the Holocaust and ensure that history never repeats itself. Holocaust survivor Hank Brodt, 93, will speak at High Point University at 7 p.m. on Jan. 23 in the Pauline Theatre at Hayworth Fine Arts Center.

Originally from Boryslaw, Poland, Brodt was born on Dec. 1, 1925, and spent his teenaged years as the unwelcome guest of five Nazi prison camps and a forced labor camp, including Plashov, Matthausen and Ebensee from which he was liberated on May 6, 1945, by the troops of the U.S. 80th Infantry Division. The horrors he lived before liberation included a forced march with other prisoners for three days and nights without food or water.

Brodt testified in a war crimes trial at Dachau in 1946. In 1967, he gave testimony against a Nazi war criminal in Bremerhaven, Germany. In 1949, Brodt immigrated to the United States with the help of a soldier who had befriended him and helped him secure the necessary paperwork. In 1950, he was drafted into the U.S. Army and stationed, ironically, in Germany. He also served in the Korean War.

In 2007, after many years and giving up the search for family members, Brodt learned that his brother had also survived the Holocaust. He was able to reunite with his brother’s wife and sons, who live in Israel. Now age 93, Brodt has two daughters, two grandchildren and three great-grandchildren. 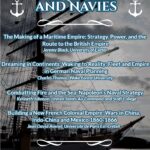 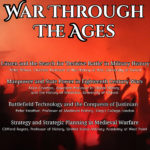 HPU to Host ‘War Through the Ages’ for Rothenberg Seminar