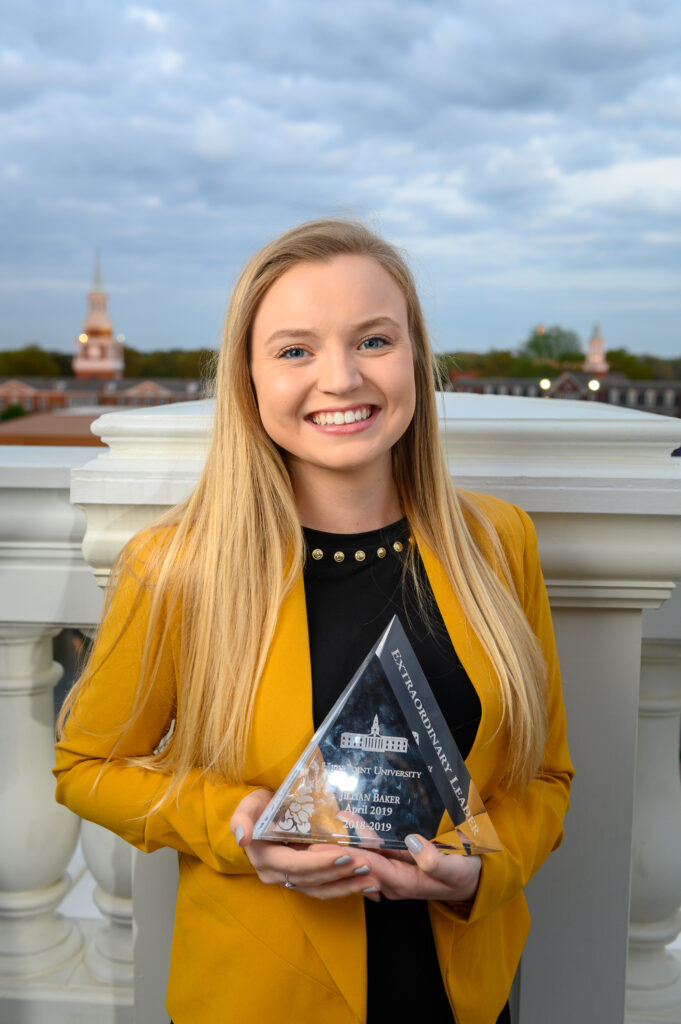 At first, Jillian Baker asked, “Can I do this?”

She came to High Point University, a 13-hour drive from her home in Westford, Massachusetts. She wanted to prove to herself that she could last that far away from everything she knew because of what she always wanted to be.

Since arriving at HPU, she has worked with students at four area elementary schools. This spring, she taught 23 first-graders how to understand math using goldfish crackers and how to enjoy reading through books like, “Spaghetti in a Hotdog Bun.”

That is one of her favorites.

She has made the Dean’s List six out of the past seven semesters, and she has been inducted into two honor societies.

She has befriended and tutored a second-grader through the Big Brothers Big Sisters program, and she has served as an executive board member on three organizations, including her sorority, Kappa Delta.

In May, she will graduate with a degree in elementary education, and she has answered her own question. She can excel so far from home.

Baker is HPU’s Extraordinary Leader for the month of April. She’ll now reach the dream she’s had since the first grade.

She will be a teacher.

“People Believed In Me” Baker has taken Ariana, her “Little” in the city’s Big Brothers Big Sisters program, to various events on campus. This event happened two years ago on Valentine’s Day.

She just finished student-teaching in her fourth elementary school. Once she graduates in May, she’ll remain at HPU and pursue her master’s in elementary education with a concentration in literacy. She’ll receive her master’s degree next spring.

“I had such great teachers, and they always helped me,” Baker says. “Now, I want to be the source of light for as many students as I can.”

With the Big Brothers and Big Sisters Program of the Central Piedmont, she was.

Baker tutored a little girl named Ariana. She worked with her for nearly two years, establishing such a bond that the two exchanged birthday cards and Baker took Ariana trick or treating on campus.

Baker wants to be that kind of teacher and become a beacon for students like Ariana. Ask Baker why, and she’ll talk about the faculty and staff at HPU. They have been a beacon to her.

Like the Rev. Preston Davis, minister of the university. As a senior member of HPU’s Board of Stewards, Baker was selected to spread the ashes onto students during HPU’s Ash Wednesday service.

For the past two years, Baker has been a member of the executive board of HPU’s Board of Stewards, the student organization that helps raise money for local nonprofits and shapes the chapel weekly services on Wednesdays.

But long before that, she became a familiar face with HPU’s Hayworth Chapel and Religious Life office. She took a religion class Davis taught her freshman year. She’s been involved ever since.

“I’ve seen so many moments where it’s like she says to herself, ‘Oh, I can lead,’ and she’s done it in such a beautiful way,” Davis says. “As a pastor, you love those moments because they’re so genuine and sincere.”

Baker knew she needed that kind of support.

“I was cracked in high school, but at High Point, I was healed,” she says. “I was healed because of the school support and leadership opportunities I found here. People believed in me.” This sign that hangs beside Baker’s dorm door was a gift from her maternal grandmother, Elaine Sheehan, when Baker went off to college.

In her room at Caffey Hall, hanging beside her door, is a sign she sees as a guide in her life. It’s these 17 words: “Stop Telling God How Big Your Storm Is … Instead Tell The Storm How Big Your God Is.”

Baker knows about storms of emotion. She’s reminded of it every day by a photo that sits on her desk in her room.

It’s a photo of her with her only brother, Nick, the firefighter, the oldest of three.

He died when Baker was 10. He took his own life.

Nick had always been a constant in her life. He worked as a firefighter and emergency medical technician in Bristol, Rhode Island, and he would come home on the weekends to visit. When he did, he let Baker try on his turnout gear.

But that’s not all.

He gave her a pink bathrobe and a stuffed pig she loved, and he taught her to like country music and to appreciate Tim McGraw’s “Live Like You Were Dying,” his favorite song.

Following his death, the Bakers went through three years of family therapy, and Baker went through nine years of individual therapy. Nick’s death shook her to her core. This is the photo of Baker’s brother, Nick, that sits on her desk in her room at Caffey Hall.

Her parents, her older sister and her teachers — particularly the director of her high school’s theater department – helped support her through an incredibly difficult time.

But when it came time for college, Baker worried about going so far from home. Yet despite the difficulty of shouldering her heartache, Baker knew she wanted a brand-new start in another part of the country.

Even if it was so far from home.

“I wanted to prove to myself and everyone else that I can be strong, and I wanted to see if I could do it,” she says. “So, I tried.”

And what did she find?

“It’s more than Southern hospitality,” she says of HPU. “In the School of Education, it’s the energy. It’s everywhere. The people there, they’re passionate about positivity and kindness, and that has been transmitted into my life.” Baker and other members of To Write Love On Her Arms planted a garden her sophomore year in memory of an HPU student who lost her life.

HPU: A Place of Positive Moments

Because of Nick’s suicide, Baker got involved with HPU’s chapter of To Write Love On Her Arms. Known by its acronym TWLOHA, the organization helps people struggling with depression, addiction, self-injury and suicide. Baker wanted to help.

She became a member of the chapter’s executive board and helped set up mental health screenings. She also helped create all kinds of activities such as laser tag to lower stress during mid-terms, papers and final exams.

With her work on HPU’s Board of Stewards, she dove into the many outreach opportunities available. In doing so, she felt she was making an impact on others as well as herself.

She raised money to buy local children gifts at Christmas, and she served food and helped host holiday events at West End Ministries, a local nonprofit that helps people in need. Baker played Cinderella at the Board of Stewards’ most recent Trunk-or-Treat event at West End Ministries. From lower left to right: Davis Sarrett, Baker, Nick Kirby, Tessa May, Emily Durant and Christine Watt.

At Halloween, she slipped on a pink tutu and a plastic tiara, turned into Cinderella and doled out candy at the board’s annual Trunk or Treat. When she did, she met a little boy in a Ninja Turtle suit. He was no more than 6.

He kept coming back over and over for candy. Every time, he’d look at Baker, flash a big smile, get another piece of candy and almost shout, “Thank you so much!”

“Those are the moments,” she says, “that make everything feel so worth it.”

She has had many moments like that at HPU. Davis will always remember one.

A Moment To Remember Baker took this photo of her and her sister, Alaina, at Christmas. Alaina is getting her doctorate in trauma neuroscience in clinical psychology at Stanford.

In Davis’ religion class to first-year students, he asked Baker and her classmates to write someone a letter of gratitude. Baker wrote a letter to her sister, Alaina, two years her senior.

Davis read it and asked her to share it during a weekly chapel service. But there was a catch. She also had to read it to her sister for everyone to hear.

“It’ll be on speaker in front of the whole chapel?” Baker asked Davis.

Baker was terrified. She quakes at speaking in public. Still does. But it was about her sister, her best friend and her emotional anchor during her tough time following Nick’s death.  Baker agreed to do it.

She stood at the pulpit, and with her sister on the other end of her iPhone, she read the letter she wrote. It was long — 683 words – and with a reference to the two witches from “Wicked,” one of their favorite musicals, Baker ended her letter this way:

“You are the only Elphaba to my Glinda, and you changed me for the better every single minute of every day. I love you.” 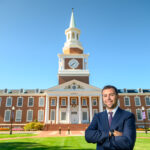 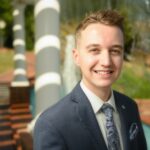 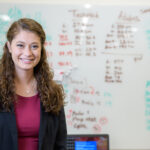 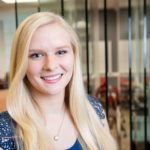