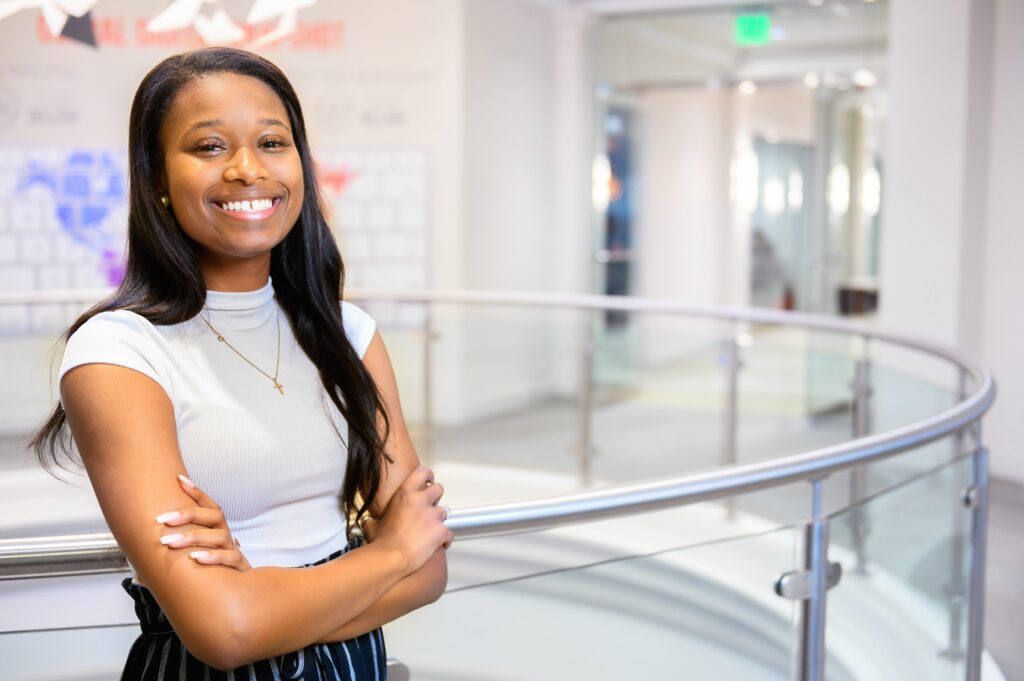 Shirley Garrett sat on the front row when HPU professor Dr. Mark Setzler asked his first-year students in his political science class about their goals and dreams.

Garrett heard her classmates mention everything — except what she wanted to be. When Setzler asked her, she told him and the rest of the class something that she had always wanted to be.

“I want to be president someday,” she said.

“Barack Obama was a working-class guy, an African-American, a guy with the middle name ‘Hussein,’” he told the class. “No one thought he could be president, but that is how life works. You put yourself in the mix. What’s the harm in that?”

“In that moment, I made a promise,” Garrett says. “I didn’t want to let him down.” Garrett is pictured with her family. She is headed to Washington, D.C., this spring, where she’ll intern with the Democracy Fund, a bipartisan foundation that works to improve the democratic process to benefit voters.

Garrett is one of two Extraordinary Leaders for the month of December. She graduated this month, a semester early, with two degrees – one in political science, the other in international relations – with a minor in Spanish.

She now begins the next chapter of her life.

In a few weeks, she’ll move to Washington, D.C. She’ll intern this spring with the Democracy Fund, a bipartisan foundation that works to improve the democratic process to benefit voters.

Afterward, she’ll move back to her hometown of Durham, North Carolina, where she hopes to work once again in a year-long fellowship program with a Christian nonprofit that provides a sense of belonging to adults with disabilities. Then, she’ll apply to law schools to embark on a career fighting for the rights of others.

She found that focus at High Point University.

Harry Truman helped. So did many others.

Garrett came to HPU for the Presidential Scholars weekend as a high school senior.

She was, as she says, a “nervous wreck.”

She knew she had to talk to students she didn’t know and faculty members whose academic background intimidated her. She was 17, the youngest child of a corporate banker father and an optician mother.

She worried no one, particularly the professors, would take her seriously. That didn’t happen. The warm response she received convinced her HPU was the place for her.

She came in as a Presidential Scholar, and a semester later, she was invited to join HPU’s Honors Scholar Program. Since then, she has been inducted into three honor societies.

She has tutored students in Spanish and math, and as a University Ambassador, she has given potential students and their families tours of campus.

But the big deal for her was the HPU judicial court. Garrett has been a leader on HPU’s campus in many ways.

She never sat idle. She created a guide to help make court procedures more uniform, and she organized a retreat this fall to help justices better adjudicate the cases they see.

“I believe we needed to know one another better because we make grave decisions that can affect people’s lives,” she says. “These infractions shouldn’t be taken lightly, and as a younger sibling, I always wanted to be treated fairly. Everyone deserves to be treated fairly.”

Garrett absorbed that sense of justice from her family and the volunteer activities in her hometown. But HPU showed her how her passion could become her profession.

“The way I view higher education is that I wanted it to be a holistic experience,” she says. “I wanted to have a deep connections with my professors because they were experts in their field, and I wanted to develop myself professionally and personally.

“High Point has presented that to me. It’s been the perfect place.”

Garrett got the question her sophomore year. Every summer since her freshman year in high school, Garrett has worked with adults with disabilities at Reality Ministries.

“Where do you see yourself in five to seven years after finishing graduate school?”

She was one of two students who had been nominated for the prestigious scholarship named after President Truman.

Truman Scholars are seen as future public service leaders who can receive up to $30,000 to support graduate school and professional development. They’re judged on their scholarship, their writing, their critical thinking and their vision of their future.

Garrett thought she had her vision intact. Then, she sat down in Cottrell Hall with Dr. Meredith Malburne-Wade, director of HPU’s Office of Fellowship and Awards.

That’s when Malburne-Wade asked her the big question.

Garrett went on about how she wanted to be a lawyer. Malburne-Wade listened. She wanted more.

“You need to do some soul-searching,” Malburne-Wade told her.

Garrett thought about her childhood in Durham, of how she volunteered with Kids Voting Durham.

She also thought about Reality Ministries, of how she worked every summer since her freshman year in high school with adults with disabilities. They were anywhere from 22 to late 60s, and Garrett engaged with them and built a community grounded in her faith.

In doing so, she found a community herself.

She knew them by first names, like Suyva and Taryn. Suyva has cerebral palsy and needs a wheelchair to get around. Taryn is autistic. Garrett got to know both of them well, and they became her friends. Garrett still sends text messages to Suyva, and every week, she talks to Taryn.

When Malburne-Wade heard all about that, she had an idea.

Combine your sense of justice with your passion for disability advocacy, Malburne-Wade told her. Dig deep.

It was her junior year when Garrett felt herself change at HPU. She took an independent study with the Rev. Preston Davis, the minister of the university, to help her understand the Bible.  That independent study transformed her. She discovered a new identity where her faith took center stage.

“It was like a weight got lifted off my shoulders,” she says. “I always thought that I controlled my life. See, I was so encapsulated with my studies, and that is where I sought my identity.

“But then I found this wonderful quote from Henri Nouwen and he wrote about the time he lived with people with disabilities. He realized that your ‘relevant self’ didn’t matter. What did matter was the way God sees you. Right then, it all came together for me. God’s in control.”

Garrett studied abroad in Spain, and she worked with Setzler on her senior thesis. She researched into how African-American Millennials saw affirmative action, and a month ago, she presented her findings during a research conference at Duke University.

Like in that first political science class, Setzler didn’t blink. He’d come to expect this kind of intellectual rigor from Garrett.

“She’s a natural leader,” he says. “She’s fair, organized, and she motivates others. High Point fit her like a glove. The soft skills side and the environment on campus, she values it, and she’ll continue to develop it.

“I can hardly wait to see where she goes. Shirley, she’s good at everything.”

Garrett is now a graduate.

People asked her if she was nervous about graduation, about whether she’d cry over leaving. She didn’t. She felt at peace, enriched over what she learned and where she believes she’ll go.

Professors like Setzler and Malburne-Wade helped. So did Davis. And so did many others.

“Our faculty here care about the students far beyond academic success,” she says. “They care about us as humans. They want us to develop ethically and morally. So, the word ‘professor’ is such an understatement. They’re life coaches. They’re developing us to be the best possible people we can be.” 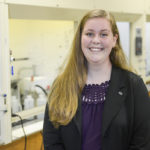 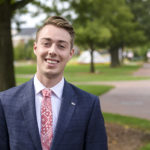 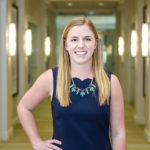 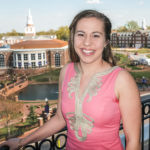