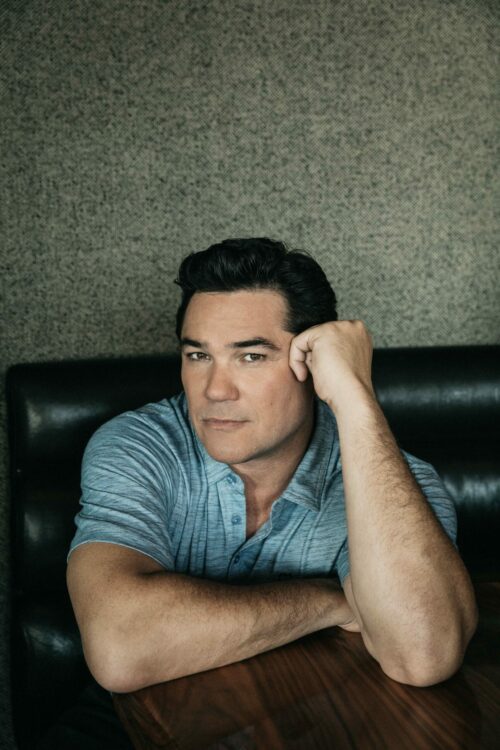 Cain is a well-established, multi-faceted talent. A football star at Princeton University, he transitioned to film when an injury ended his NFL career with the Buffalo Bills.

“We are so grateful that Dean Cain has become our newest member of the long list of global leaders to act as a mentor for our students,” says HPU President Dr. Nido Qubein. “He brings incredible experiences and knowledge in the entertainment business that can help students across all majors.”

He starred as Clark Kent/Superman in four seasons of “Lois and Clark: The New Adventures of Superman,” produced and hosted four seasons of “Ripley’s Believe It Or Not” and has made more than 100 films, including “Out of Time;” “The Broken Hearts Club;” God’s Not Dead;” “Vendetta;” and “Gosnell.” He has co-hosted NBC’s “The Today Show,” and “Fox and Friends” in-between his numerous film and television projects. A staple on The Hallmark Channel for years, Cain helped with the making of Christmas films. He is currently hosting season eight of “Masters of Illusion” for the CW, and season two of “The Christmas Caroler Challenge.”

A strong believer in human rights, Cain received the prestigious Order of Armenia for producing the anti-Genocide documentary film, “Architects of Denial.” Cain’s newest documentary, “Hate Among Us,” won an Emmy. “Hate Among Us” shines a light on the current rise of anti-Semitism throughout the United States and Europe.

A single father and a strong supporter of our military and first responders, Cain is honored to serve as a Reserve Police Officer in Pocatello, Idaho, and a Deputy Sheriff in Frederick County, Virginia. Cain often expresses, “real heroes don’t wear capes.”