HIGH POINT, N.C., March 12, 2021 – Members of the High Point University community frequently conduct, publish and share research and creative works in a variety of ways. Below is a recap of recent research initiatives.

Dr. Brett Pexa, assistant professor of athletic training, was awarded a one-year agreement with Surfinshape, LLC to test its product. Surfinshape, LLC patented a training board for surfers to use in lap pools.

Pexa and his students are utilizing HPU’s Human Biomechanics and Physiology Lab in Congdon Hall and the swimming pool in the James H. and Jesse E. Millis Athletic and Convocation Center to test the product to see if it could be useful for other athletes to keep their shoulders fit and healthy.

“The muscles in the back of the shoulder are critical for shoulder function in many different overhead athletes, like baseball, softball, volleyball or tennis players,” said Pexa. “The Surfinshape tool might be a great way to train these muscles, so we want to investigate how the Surfinshape makes those muscles work during a surfing activity. Future application of this tool might be to limit injuries or enhance shoulder rehabilitation in overhead athletes.”

Dr. Brad Barlow, associate professor of astrophysics, has joined NASA’s TESS Asteroseismic Science Consortium. The “TASC” is a scientific collaboration of astronomers around the world who help download, process and analyze scientific data from NASA’s TESS spacecraft. While TESS was specifically designed to find and study exoplanets that occasionally block, or transit, their host stars, the data it collects is also well-suited for studies of stars and their properties.

The TASC is divided into eight different working groups that each have clear and scientifically well-defined tasks. Most focus on studies of pulsating stars, which are special stars that show intrinsic brightness variations as they “vibrate.” Barlow joined Working Group Eight, which focuses on highly evolved stars or remnant objects like white dwarfs that vary in brightness quickly due to stellar pulsations.

“I am excited to join this group of esteemed astronomers around the world and participate in cutting-edge science driven by NASA’s TESS spacecraft,” said Barlow. “To date, my involvement has included submitting new subdwarf targets to NASA to be observed by TESS in the coming months, downloading more than a million brightness measurements already made for hot subdwarf stars, analyzing new variable stars and assembling scientific publications to communicate our findings to the broader community. Our involvement in TASC will also provide HPU students with additional opportunities to work directly with space-based data from NASA and to collaborate with astronomers around the globe.”

The New Investigator Award provides start-up funding for the independent research programs of early-career pharmacy faculty. This grant is intended to be the first extramural research funding received by a faculty member as a principal investigator (PI), with the goal that research funded by the NIA will provide a foundation for future scholarly endeavors and continued extramural funding success.

Dr. Sun Lee received $8,750 to assess the health-related quality of life (HRQOL) scores among elderly patients on different types of insulin devices, such as pens, pumps, syringes and vials. Dr. Sangmin Lee received $8,750 to investigate the molecular interaction between peptide hormone amylin and its receptors. He hopes to use this information to develop next-generation drugs for treating diabetes.

This is the fourth consecutive year that a Fred Wilson School of Pharmacy faculty member has received this grant award. For each of the last three years, only 16 awards have been presented to faculty from 141 U.S. pharmacy schools. Last year, HPU was one of two pharmacy schools who had faculty members awarded these grants for three consecutive years.

Tommy Hockenjos, a second-year student in the Doctoral of Physical Therapy program, presented his research regarding ACL injuries in female soccer players. Each athlete received neuromuscular training three times per week and randomly given feedback to guide the athlete to give their optimal performance.

“We tested these athletes prior to the intervention and immediately after all training was complete,” said Hockenjos. “Six months after the training, we found that athletes who were classified as ‘high risk’ for ACL injuries reduced their knee abduction movement, a major risk factor for ACL injuries, at both the post-test and up to six months post-training. This was exciting as it showed we were able to make long-term improvement in high risk athletes.”

“I was incredibly grateful for the opportunity to present at such a prestigious conference and being nominated for an award alongside some of the top individuals in our profession,” said Hockenjos. “It was disappointing with it being virtual, but I was very thankful to those who made it possible to be online. It also would not have been possible without the support I received from the faculty at High Point University’s Department of Physical Therapy.”

Professor and Student Publish Work in American Journal of Physics

In the article, Lancaster and Inscoe proposed a simplified model for exploring how strongly interacting particles like protons and neutrons form. This framework can be explored using tools developed in an undergraduate course on quantum mechanics that focuses on the deep, underlying principles. Lancaster believes this work will be valuable to students, researchers and teachers of quantum mechanics because generally, the theory of these strongly interacting particle interactions is only encountered by students in graduate-level courses.

“The publication of a manuscript by an established academic journal indicates that the work is worthy of being part of the scientific literature which can be accessed by scientists and scholars for generations,” says Lancaster. “For an undergraduate student’s work to result in a first-author publication on such a peer-reviewed paper is a remarkable achievement.”

Their article, titled “The same anthocyanins served four different ways: Insights into anthocyanin structure-function relationships from the wintergreen orchid, Tipularia discolor,” is about  anthocyanin pigments in plants, which are colorful pigments that impart red, purple and blue colors in leaves, flowers and stems.

Plants make more than 500 different types of anthocyanin pigments, and Hughes’ lab is researching reasons why plants would make one form over another. For this project, they were studying anthocyanins in native orchids that exhibit a broad range of leaf pigment patterns. Leaves emerge from the ground in fall appearing dull brown in color. When they are fully expanded, leaves exhibit bright magenta colored lower surfaces, and either green, purple or spotted upper leaf surfaces. Hughes and her students were curious which anthocyanins the plant would use for each, and whether they would be different. This might provide a clue as to what their ultimate functions are, since different anthocyanins have different properties.

Hughes, Willans and Connors partnered with Wommack to use microscopy and analytical chemistry to characterize the pigments.

“What we were surprised to discover was that the plant was able to achieve these broad ranges of color, which likely serve different functions, using the same three anthocyanins,” says Hughes. “Nobody has ever shown that plants can do that.” 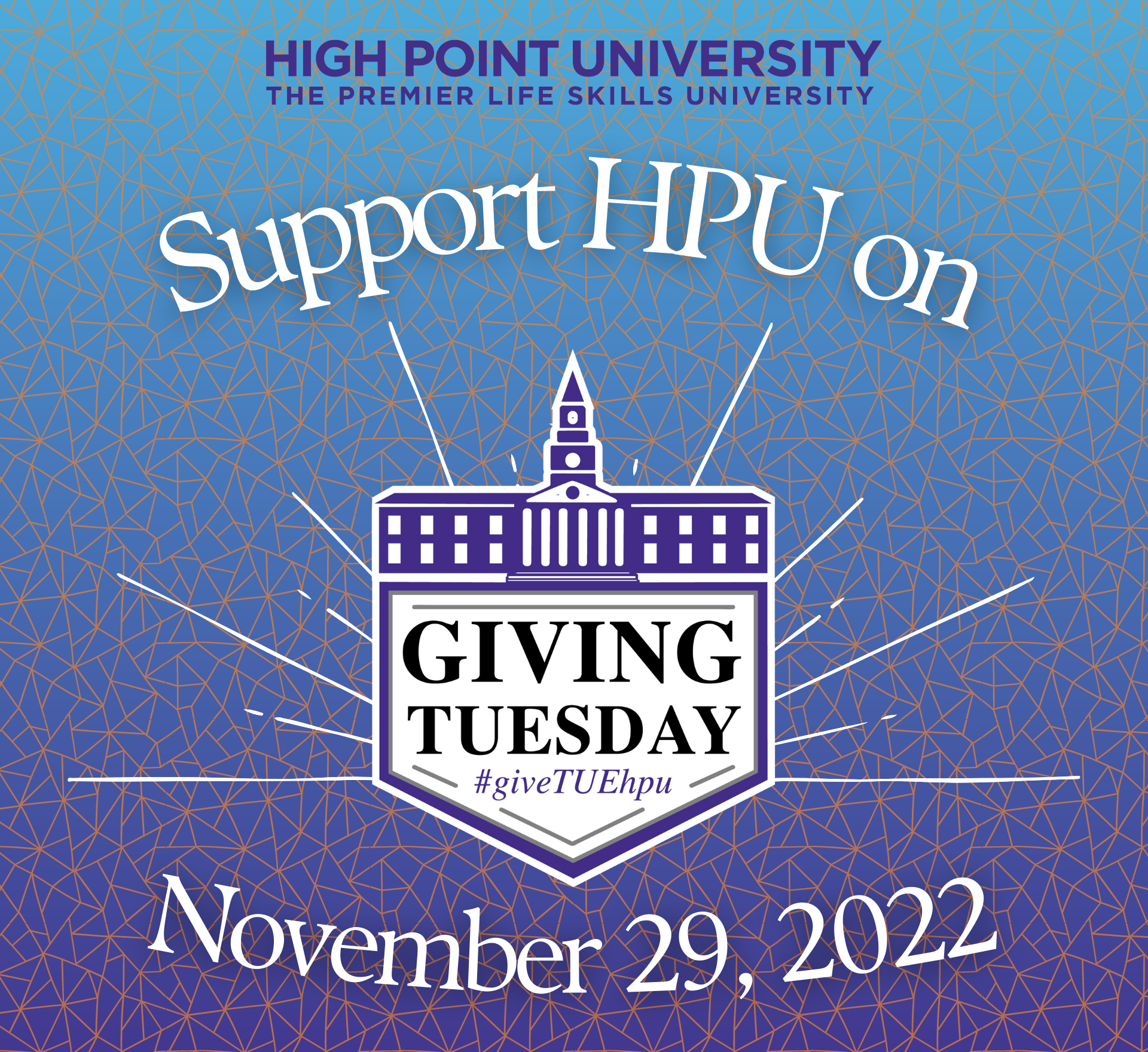 The support of alumni, family, and friends makes it possible for HPU to award more than $75 million in annual scholarship assistance through the HPU Fund for Extraordinary Education in support of students across all fields of study.

Join us on November 29, 2022, and show your support for our tenth annual #GivingTuesday campaign!