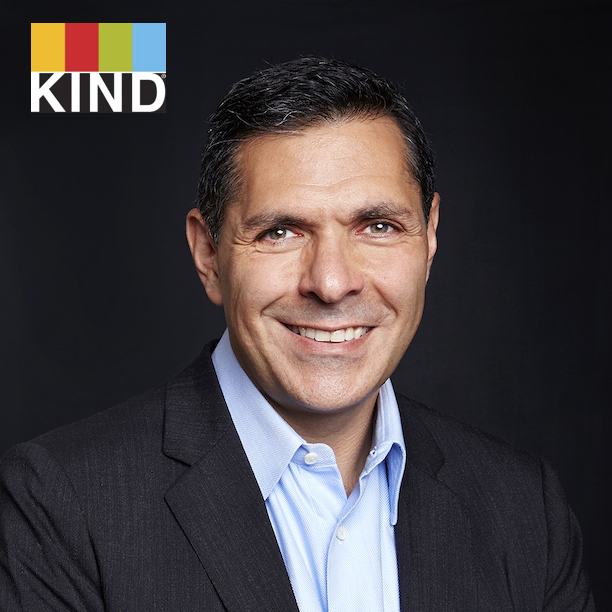 “Daniel Lubetzky’s life transcends professional success into a realm of personal significance,” says HPU President Dr. Nido Qubein. “The energy and passion that Daniel has invested in philanthropic endeavors reminds us of the importance of service, kindness and civility. His entrepreneurial acumen is only eclipsed by his heart for stewardship. HPU’s Class of 2022 graduates and their families will appreciate his insights, wisdom and inspiration.”

Lubetzky is a social entrepreneur working to build bridges between people and to increase appreciation for our shared humanity.

While best known as the founder of KIND Snacks, Lubetzky’s foray into food was the unexpected outcome of his work to use business to bring neighbors in Middle Eastern conflict regions together. The son of a Holocaust survivor, he conceived of civic initiatives OneVoice, Empatico and Starts with Us to foster empathy and empower individuals to practice daily habits to improve our world. Lubetzky also helped launch Frontline Impact Project, a KIND Foundation initiative to support heroes on the frontlines of COVID-19 and natural disasters.

Lubetzky is passionate about channeling business forces to achieve social good. Since creating a new healthy snacking category with the introduction of KIND’s first Fruit and Nut bars, Lubetzky has built KIND into a multi-billion-dollar global health and wellness brand committed to creating a kinder and healthier world – one act, one snack at a time.

In 2019, Lubetzky was appointed to the Anti-Defamation League’s Inaugural Board of Directors. His work to create economically sustainable and socially impactful businesses has been praised by the World Economic Forum, Skoll Foundation, Conscious Capitalism, Hispanic Heritage Foundation and Horatio Alger Association. In 2015, Lubetzky was named a Presidential Ambassador for Global Entrepreneurship by President Obama. He is the author of The New York Times bestseller Do the KIND Thing and a recurring shark on ABC’s television series Shark Tank.

Lubetzky holds a B.A. in economics and international relations from Trinity University and a J.D. from Stanford Law School. He is a proud U.S. citizen, having emigrated from Mexico at age 16. He also enjoys spending time with his family and practicing magic.