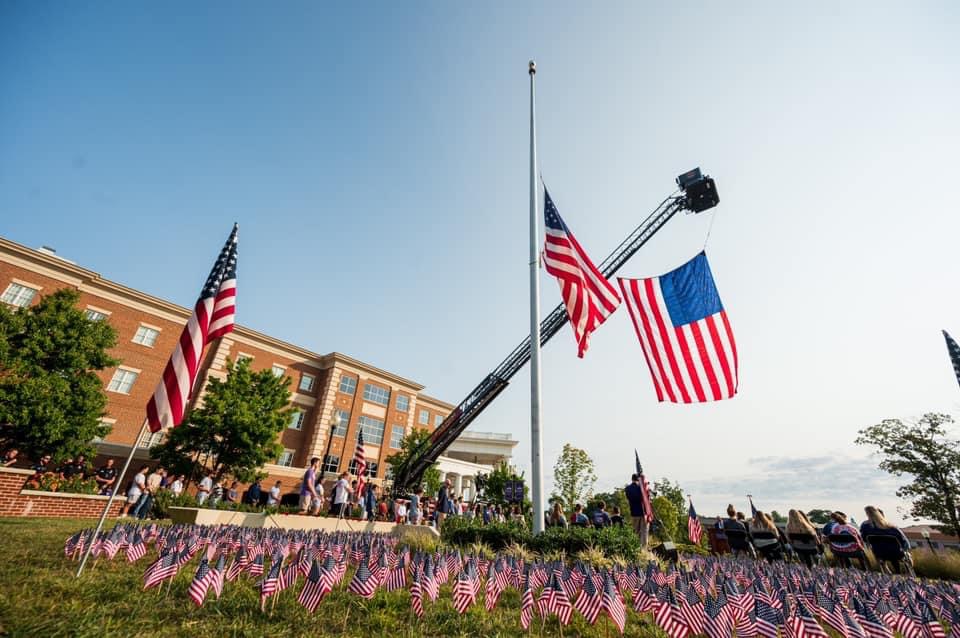 The ceremony started at 8:30 a.m., then 16 minutes later, everyone in attendance remained silent to remember the lives lost when the first tower was hit at 8:46 a.m.

Student organizers said this day of remembrance reminds students on HPU’s campus, as the next generation of leaders, to stand united in times of crisis or pain, while also honoring the sacrifice of the first responders and never forgetting those who have passed away.

“It is a turning point in our nation’s history that many college-aged students may not have memory of,” says Katy Parisi, president of HPU’s Student Government Association. “That is why it is of upmost importance to share and remember this day in order to carry on the 20-year promise of never forgetting the morning of Sept. 11th, 2001.”

Six student groups participated in and organized the ceremony, including the Student Government Association, College Republicans and College Democrats. The Offbeats, Toccatatones and Petal Points performed the National Anthem, and the Genesis Gospel Choir ended the ceremony with a song of praise. HPU President Nido Qubein also attended the event.

“HPU is a God, family and country school,” says Qubein. “It is our duty to support this great nation and honor those who lost their lives and loved ones that day.”

The Remembrance Ceremony will continue with a Stair Run Fundraiser for the Tunnels to Tower Foundation at 5 p.m. at the Cottrell Amphitheater.