HPU Makes Opera History with ‘Galaxies in Her Eyes’ 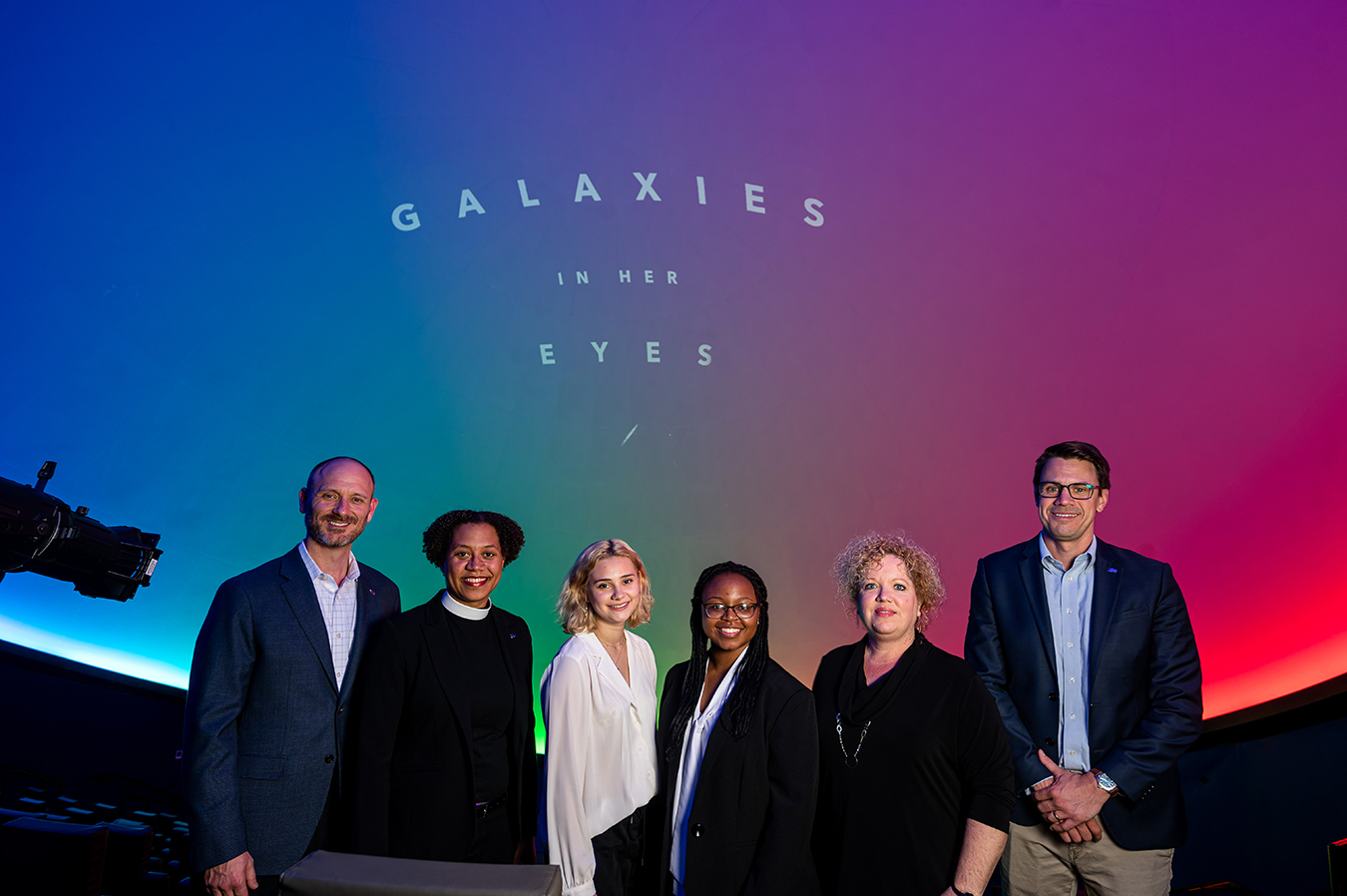 HPU Makes Opera History with ‘Galaxies in Her Eyes’

HIGH POINT, N.C., April 2, 2022 – High Point University unveiled the world premiere of “Galaxies in Her Eyes” in the Culp Planetarium on April 1 to a packed audience. The opera is about a young girl’s love for space and how three famous women scientists influenced her to reach Mars.

HPU welcomed several professionals to campus to put on the opera, including an internationally renowned director; an acclaimed composer, librettist, and graphic designer; four professional opera singers; and the assistant director and five musicians from the Winston-Salem Symphony.

Other opera companies nationwide are interested in producing “Galaxies in Her Eyes.” Meanwhile, the opera has garnered support from the National Science Foundation and NASA because they see the production as a way to spark an interest in science with young people, especially girls and students of color.

“We knew we had something, and we could see the potential,” says MacLeod. “The architecture was built piece by piece, and the end result is something truly magnificent and beautiful.”

The idea of using the planetarium arose two years ago when the pandemic began. Everything art-related shut down, and MacLeod had a conversation with a friend who said, “Let’s do something we’ve never done before.”

MacLeod brought up the planetarium and that led MacLeod to connect with veteran stage director Kristine McIntyre. She has directed more than 100 operas, and she enjoys creating productions in what she called “found spaces.”

When MacLeod told her about HPU’s Culp Planetarium, she immediately thought about three women scientists: Annie Jump Cannon, Katherine Johnson and Ada Lovelace. She always wanted to put together a production about their incredible discoveries, and she knew she could bring in a cadre of talent.

MacLeod also approached Dr. Brad Barlow, HPU’s associate professor of astrophysics.  Barlow loved the idea. Barlow secured a $4,500 grant from the National Science Foundation and worked with opera experts to make sure the science portrayed in the opera was accurate.

He teamed up with a graphic designer in Minnesota and a librettist in California. Then, like an artist with a paintbrush, they worked with the planetarium’s software and helped create such backdrops as a space capsule landing on the actual landscape NASA photographed of Mars.

Barlow calls this work a “labor of love” and the most important project he’s ever done.

“This is the most beautiful marriage of arts and science I’ve ever witnessed,” says Barlow.

Last spring, MacLeod recruited a few of his voice students to help develop “Galaxies in Her Eyes.” MacLeod also brought in the Rev. Andria Williamson, HPU’s manager of chapel programs, who is a trained opera singer.

They all workshopped the script and the score for the opera a few hours a week for four months, and they kept in with McIntyre about their progress. Williamson and the students discovered a lot.

“Her story resonated with me,” says Alston, who wants to pursue a doctorate and chair a music department at a university one day. “I don’t see a whole lot of people who look like me who want to do what I want to do. I have big goals. So did she.”

As for Williamson, she played scientist Katherine Johnson. She was amazed by what the Culp Planetarium could do for an artistic expression she had studied for years.

“It showed how opera can be a lived experience,” she says. “It doesn’t have to be in a contained traditional performance venue. It makes you realize how all the things you see are interconnected.”

There are still tickets available for the shows on April 2-3 at 2 p.m. and 7:30 p.m. The event is free and open to public. Reserve complimentary tickets at www.highpoint.edu/live.