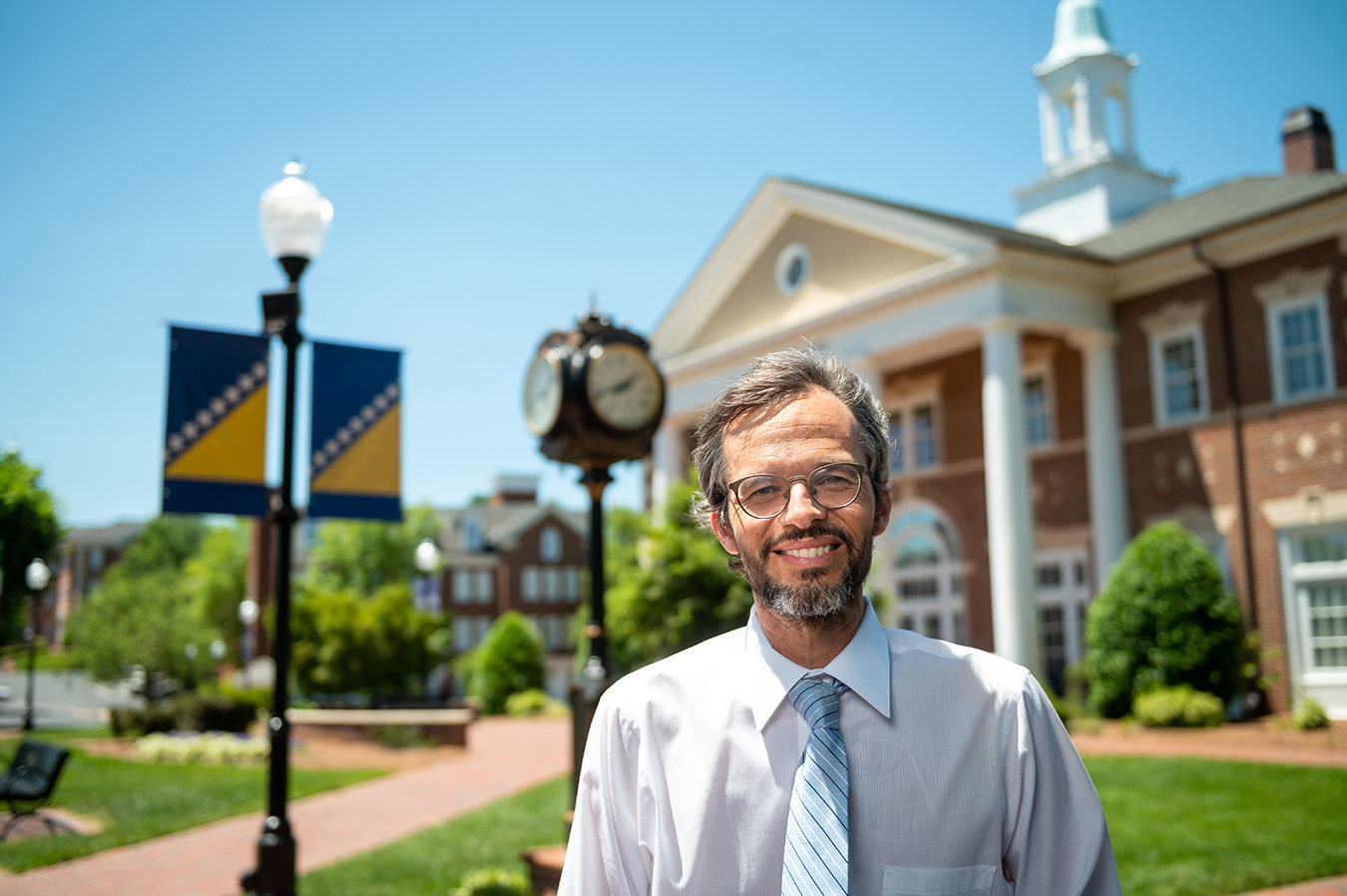 Whitt thanked his colleagues in the Department of Political Science for their nomination and committee members who made decisions leading to him receiving the award on April 1.

“I was surprised and honored to receive the award,” said Whitt. “I am also thankful for the university’s annual, summer and sabbatical funding, which makes research possible.”

Whitt is an associate professor of political science in the School of Humanities and Behavioral Sciences. He has completed and published several research projects, most notably focused on the effects of violent conflict on individual and group behavior using experimental methods. He has conducted field research in Bosnia, Kosovo and Tajikistan, and is currently part of research projects in Syria, Ukraine and Iraq. His research has been published in several journals, including the American Political Science Review, American Journal of Political Science, British Journal of Political Science and more.

One of his colleagues in the political science department had this to say about nominating Whitt.

“We nominated Dr. Whitt because he is a nationally recognized scholar who has published an astonishingly high number of studies in the most selective and influential political science journals,” said Dr. Mark Setzler, director of the international relations major. “He also is a generous colleague who has guided research projects involving many HPU students and every member of our department. In short, his expertise makes those around him better scholars.”