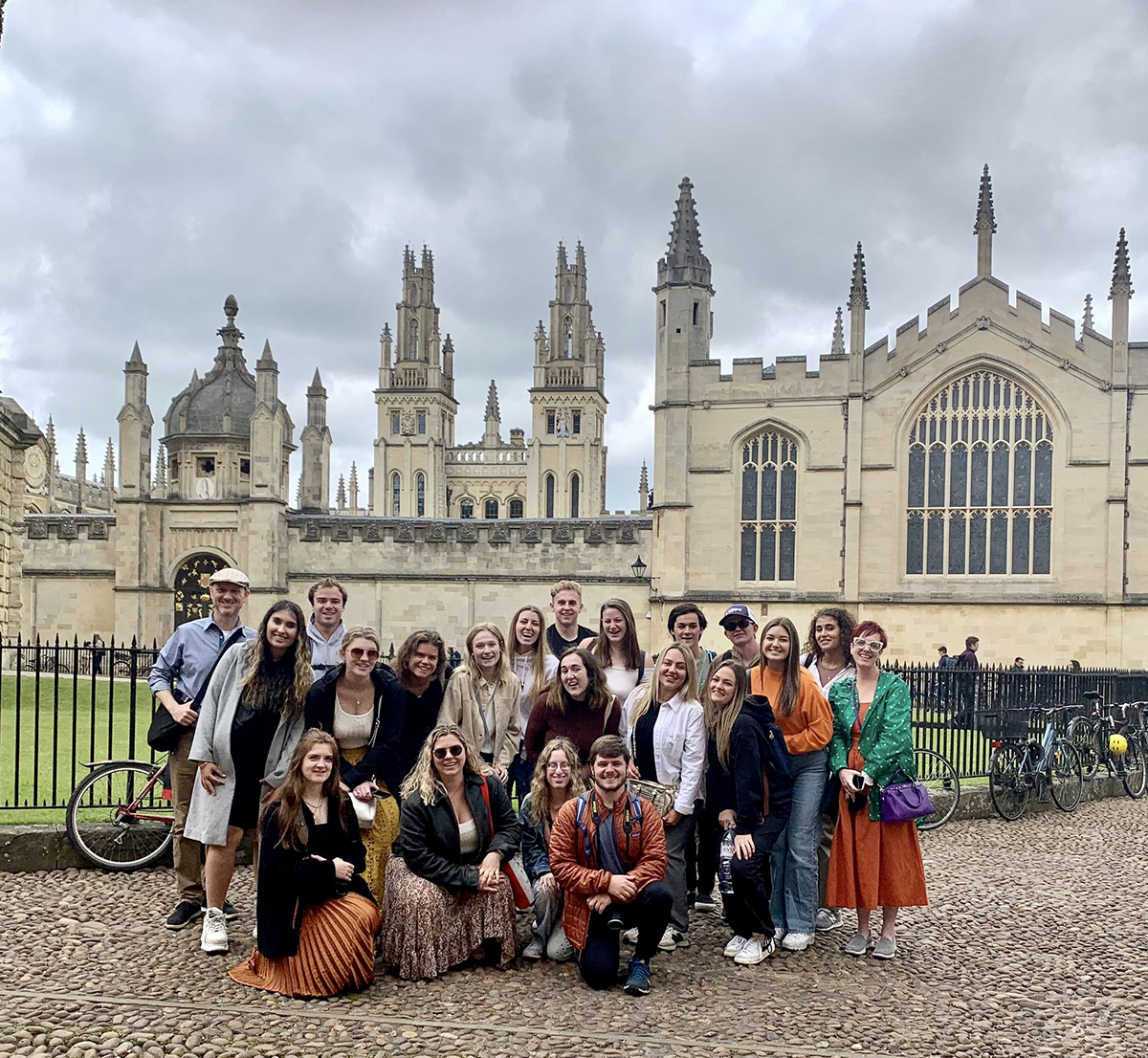 HIGH POINT, N.C., May 26, 2022 – High Point University students in the School of Humanities and Behavioral Sciences and the Hayworth School of Arts and Design traveled across the pond to London for two separate faculty-led study abroad trips.

Dr. Amanda Allen, assistant professor of history, led nearly 20 students through their “Maymester” experience of the Tudor Dynasty. They are spending four weeks in London to learn more about the history following the end of the spring semester. Meanwhile, students under the direction of Jay Putnam, associate professor of theatre, studied Shakespeare in Performance for two weeks as a “Global Experience” course.

HPU Global Experience and “Maymester” programs are short-term study abroad opportunities allowing HPU students to travel within the U.S. and internationally to learn about different cultures through real-world experiences.

Part of the goal for Dr. Allen’s group was to explore historical sites like Westminster Abbey, the Tower of London, Hampton Court Palace and more. Students learned more about the Tudor era of King Henry VIII, Elizabeth I and how society was structured then. The group also traveled to Edinburgh, Scotland, where they visited the Edinburgh Castle and the Palace of Holyroodhouse, which was a major discussion in Allen’s class about Mary Queen of Scots. For the last part of the trip, students will be part of history by celebrating Queen Elizabeth II’s Platinum Jubilee honoring her 70 years on the throne on June 2.

“All of this is important for students to conceptualize the history I teach in my class,” said Allen. “So much of what I teach from the Tudor era is about image and projection. One of my students shared that this trip made her relate to the subject much more because she can really imagine what it was like to live during that time. To know that she was walking where Henry VIII and his wives walked adds so much more than can be taught from a book or in a classroom.”

The theater group in London attended a variety of performances while visiting London, including “Much Ado About Nothing” and “Julius Caesar” at the Globe Theater. They also toured the Bankside and engaged in workshops with artists at the Globe Theater. During their second week, the students traveled to Stratford-upon-Avon, where they visited the Royal Shakespeare Company, which is the site for performances of all William Shakespeare’s classics. Theater students engaged in several workshops with professional actors there.

“I’m so glad I took this course at HPU and experienced Shakespeare’s England with my friends and professors,” said Class of 2022 graduate Emmie D’Amico. “The amount of great theater I got to see and the quality of the workshops I got to participate in was so much higher than I could have accomplished on my own. This was a great way to end my senior year at HPU.”

Theater students returned to the United States on May 21, and students studying the history of London will return June 6.