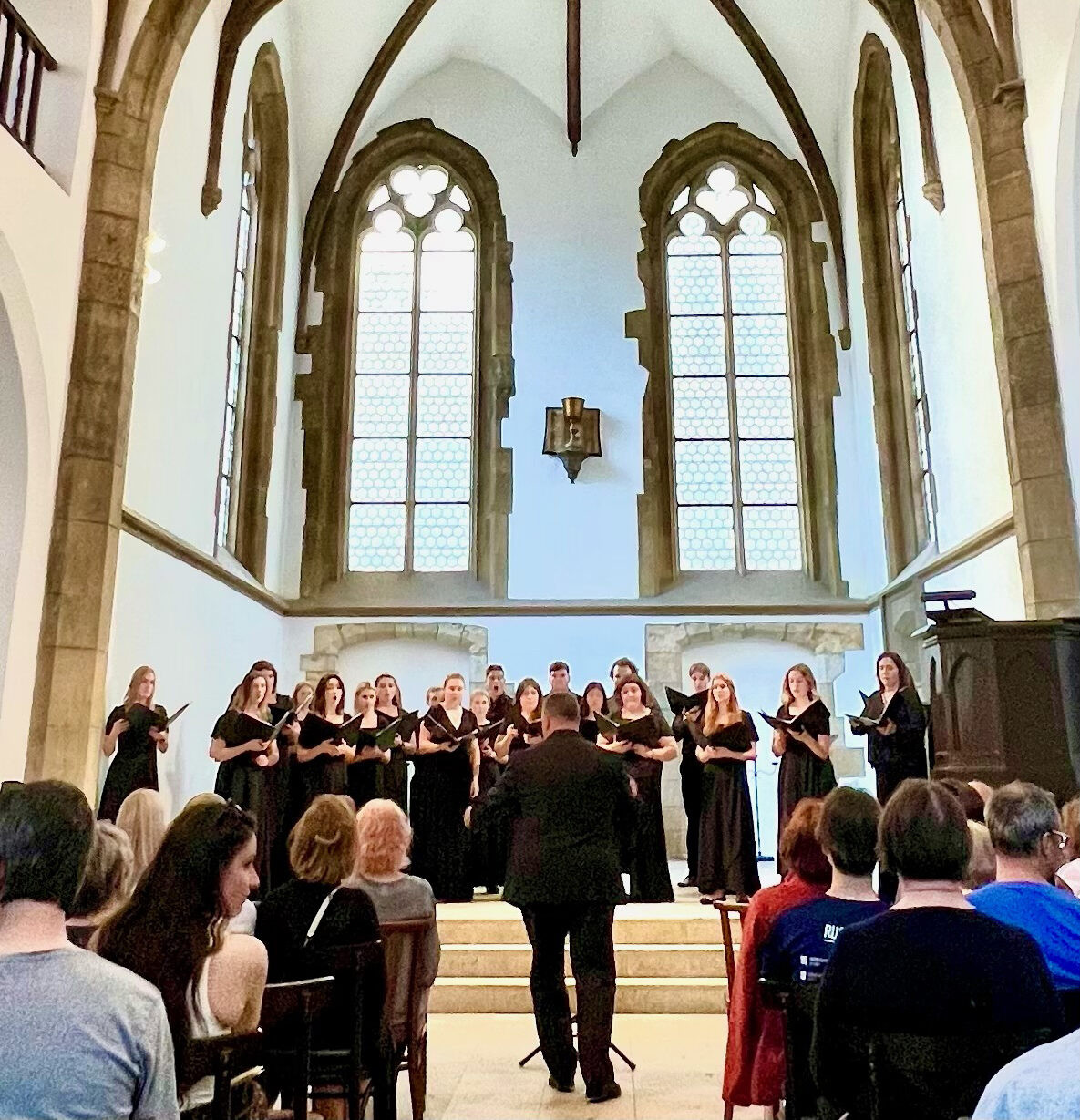 “As a music major, I am so grateful to have had the opportunity to perform in such historic spaces alongside some of the best performers and people,” said Emma Longboat, a sophomore from Sherrills Ford, North Carolina. “Every performance had something special about it, and I was so lucky to see the fruits of our labor flourish thousands of miles from High Point University’s Hayworth Fine Arts Center. This trip was unlike any other I’ve had, and I can only hope to be fortunate enough to be a part of another trip like this.”

Dr. Foster shared that the Beethoven Festival choir performed select pieces written by Beethoven, including “Kyrie” from Missa Solemnis, “Hallelujah” from Christ on the Mount of Olives, and the world premiere of a Beethoven-inspired work by composer Richard Waters called “Jubilate Deo.”

“I love that HPU provides such life-changing opportunities for our students and enables them to be active members of a global community,” said Foster. “It was an enormous honor to be the featured conductor and artistic director for the Beethoven Choral Festival in Vienna, Austria, and to have the opportunity to have 25 of our HPU choral students sing as part of the festival chorus with other choirs from around the world.”

The group also traveled and performed in Prague, Czech Republic, as well as in Vienna at the Sunday mass at Karlskirche Church.

The concert concluded with an a cappella work by John Rutter titled “A Ukrainian Prayer” to pay tribute to the Ukrainian refugees.