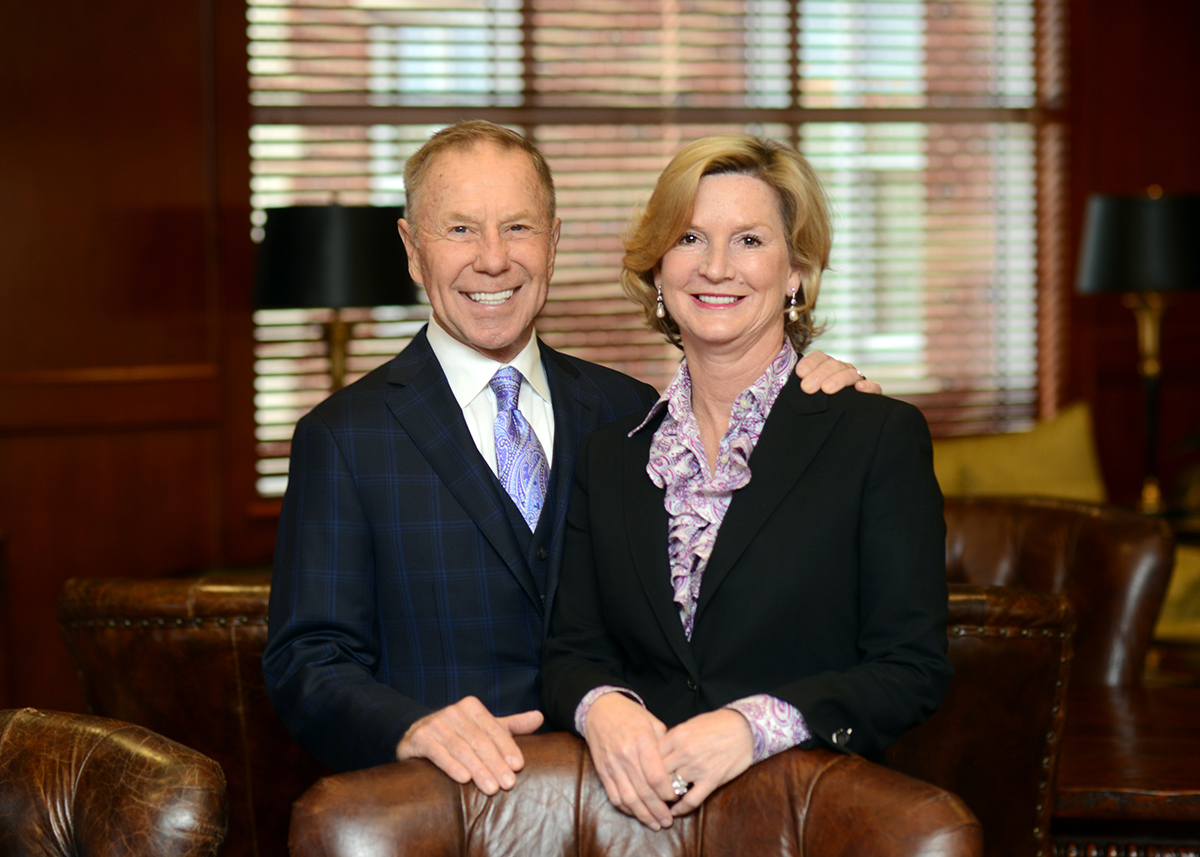 The Cottrell family established the Cottrell Hall and Amphitheater Preservation Endowment to support facilities in perpetuity.

“We are forever grateful for David and Christy’s committed advocacy of HPU,” says HPU President Dr. Nido R. Qubein. “Their continued support is an investment in the success of the university as well as current and future students. We are excited for the opportunities that await the university and hope that others are inspired by their display of generosity and leadership.”

Cottrell Hall opened in 2015 as one of the first LEED-certified buildings at HPU. This extraordinary building is home to the Flanagan Center for Student Success as well as the Study Abroad program, the Career and Professional Development Center, Internship Services, Sales Education Center, Undergraduate Research and Creative Works, the Student Success Program and the Entrepreneurship Center. The building serves as a hub for experiential learning opportunities through the many programs and services offered and allows students the space to expand their education through innovative studies, tailored to their interests and passions. The Cottrell Amphitheater serves as a continuation of the learning spaces available for students. The impressive outdoor learning lab can seat up to 1,000 and hosts several community events throughout the year, including HPU’s Arbor Day celebration, the High Point Arts Council Concert and North Carolina Brass Band performances.

“When David and I chose to support HPU and Dr. Qubein through a capital project, we knew we wanted to assist in developing a facility that would encourage students to discover their American dream, something my own family, and Dr. Qubein, frequently speak about,” says Christy Cottrell. “By establishing the endowment to preserve Cottrell Hall and Amphitheater, we believe that we are helping to ensure every HPU student will have the resources available to them to make their dream a reality.”

David and Christy are the founders of RetailData, LLC, an international retail pricing research firm. The Richmond, Virginia-based company specializes in providing clients with retail pricing intelligence through comprehensive data collection and reporting processes. Currently, the couple serves as co-chairs of RD Holdings, the parent company of RetailData.

Christy began her career at Richfood as a college intern. After graduating from Virginia Commonwealth University’s School of Business in 1978, she quickly moved up in the grocery wholesaler and held several different management positions, including director of pricing. In 1988, Christy left RichFood to start RetailData, LLC. Her goal was to build a company that would improve the collection of competitive retail prices by implementing scanning technology and electronic data delivery. Christy began the company with a $10,000 line of credit on an American Express card and from there was able to develop and position her garage start-up as a pioneer in pricing intelligence. Over the last 30 years, RetailData has developed its market to target several sectors of consumer goods including grocery suppliers, mass merchandisers, office suppliers, pet suppliers and drug retailers. To accommodate the mass growth of the company, RetailData has expanded to employ more than 1,500 people across the United States and Canada.

Similar to his wife, David began in the grocery sector of Procter & Gamble. He later founded the Cottrell Brokerage Company before moving to the PIA Merchandising company as a senior manager. In 1992, David joined RetailData and has since leveraged his extensive career and industry knowledge to help propel RetailData into the company it is today.

As successful businesspeople, Christy and David have volunteered their talents, as well as time toward many charitable boards and organizations. In the past, the couple has been involved with the Richmond SPCA, the Massey Cancer Center at VCU Health, the Make-a-Wish Foundation and the Greater Richmond Community Foundation board. Christy has also been recognized many times throughout her career as a successful entrepreneur. In 1998, she was awarded the Virginia Entrepreneur of the Year and the Woman Entrepreneur of the Year in 1999. In March 2021, both Christy and David were inducted into the Greater Richmond Junior Achievement Hall of Fame.

As the parents of HPU alumna, Leah Cottrell Rose ’17, the Cottrells have remained active in the university community as advocates of HPU’s mission and values. In addition to being loyal supporters of campus initiatives, David and Christy have hosted new student networking events in Richmond and have helped facilitate experiential learning opportunities, like the annual Business Plan Competition. In 2017, David was awarded an honorary doctorate at the May commencement ceremony and Christy was inducted into the Board of Trustees following her service on the Board of Visitors. In addition to her role on the board, Christy serves as a founding member of the Elizabeth Miller Strickland Women’s Leadership Council since August 2020.

To learn more about other extraordinary HPU parents, families and alumni who have continuously shown their support and advocacy of the university, click here.