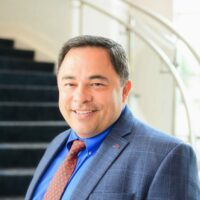 Ken Elston holds an M.F.A. from The Ohio State University and a B.A. from Temple University. The former Director of the School of Theater at George Mason University and Artistic Director of the not-for-profit theater company, Footsteps In Time. For five years, Ken was the Resident Theater Artist at the Maryland Institute College of Art, in Baltimore. Ken teaches acting, directing, writing and new work development, and has a specialty in Movement for the Stage. Directing credits include off-Broadway, university, and regional theaters. He has directed Fringe work in London and Dubrovnik, and he directed two productions for Nanjing University, Nanjing, China. He has lectured across the United States and Internationally. His acting credits include stage, television and film. Stage appearances include off-Broadway and regional credits from Theater of the First Amendment, Washington Shakespeare Company, the Bush Theater, Missouri Rep, ACT, Intiman, and Bucks County Playhouse. Ken is a member of Actor’s Equity, SAG, AFTRA, Stage Directors and Choreographers Society, and the Association of Theatre Movement Educators, and he is a professional consultant in the area of presentation skills.