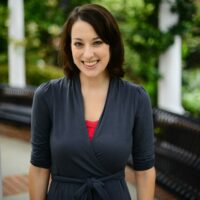 I decided to study Kierkegaard, because he writes with unexpected irony and unrelenting humor. Any philosopher who is that funny is a philosopher worth studying. From my interest in Kierkegaard, I then backtracked my way to Hegel, and I have yet to find my way back out again, but that’s pretty much fine with me.