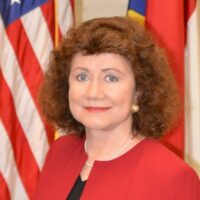 Chief Duncan joined the High Point Police Department in 1980. She was assigned to Adam Team working in the city’s highest crime areas. She spent the next twenty-one years serving the citizens of High Point as a patrol officer, a detective in youth crimes, Crimestopper’s coordinator, a field training officer, and a supervisor as well as undercover operations. In 1997, she was tapped to be the chief’s administrative aide and was promoted to Captain, the first woman to achieve that rank in the High Point Police Department. In addition to her duties at HPPD, she worked part-time at High Point University. Additionally, she continued her education and earned a BS Degree from Guilford College and a Master’s from NC A&T. Her experience and educational achievements led to her appointment as Chief of Police for Virginia Tech in 2001 two months before 9/11.

After five years at Virginia Tech, Chief Duncan returned to North Carolina when she was selected as the Police Chief for the City of Monroe. She served as Monroe’s Police Chief for 7 years before retiring. Subsequently, she was elected to Monroe City Council where she was voted as Mayor Pro Tem for the last two years of her four-year term. During that time, she enrolled in law school and was asked to serve as the interim Police Chief of Johnson C. Smith University until a new chief was found.