The poll found that 72 percent of respondents said they would favor a tax increase to raise teacher pay in North Carolina to the national average over the next four years, while 25 percent said they were opposed. The poll also found that 88 percent of respondents believe the decision not to increase teacher salaries this past year will have a strong negative or negative impact on the quality of public education in North Carolina, 7 percent said it will have no impact and 5 percent believe it will have a strong positive or positive impact.

“The national Measures of Effective Teaching study determined that the teacher is the most important contributor to student learning. It is encouraging to know that 72 percent of the HPU survey of North Carolinians indicated a willingness to pay additional taxes to raise teacher pay to the state average over a four year period,” says Dr. Don Martin professor of education at HPU and former Winston-Salem/Forsyth County Schools superintendent.

Of the items that were presented on the poll, there were two legislative decisions that respondents believe will have a positive impact on public education: implementing the Read to Achieve Program (74 percent) and increasing funding for Teach for America in the state (78 percent).

The average salary for North Carolina public school teachers is ranked forty-sixth (46th) in the United States. Knowing this, would you favor or oppose a tax increase to raise teacher pay in North Carolina to the national average over the next four years?

I am going to read a list of summaries of legislation that the North Carolina General Assembly passed and Governor McCrory signed into law.

Please indicate to what extent you believe these changes will impact the quality of public education in North Carolina.

Teachers in North Carolina will no longer receive additional pay for earning a master’s degree in education.


Teacher tenure has been eliminated with all teachers placed on 1-, 2- or 4- year contracts by 2018.

Twenty five percent (25%) of teachers in a school district will receive performance bonuses of $500 a year. Criteria for identifying the 25% of teachers have not been determined.

Implementing the Read to Achieve Program to ensure every student reads at or above grade level by the end of third grade or they are remediated or retained.

Teacher salaries were not increased making this the 4th time in 5 years that teachers have received no raise in pay.

Teach for America, a program that recruits college graduates and trains them for 6 weeks, was provided an additional $6 million to place teachers in North Carolina Schools.

The state will provide low-income families with $4,200 vouchers to attend private school, with $50 million to be allocated in 2015 alone.

Removing class size caps. That is, there are no longer limits on how large public schools can be.

Note: The preceding list of eight items was adapted for comparison purposes from the recent survey study by Drs. Scott Imig and Robert Smith of the University of North Carolina Wilmington of the attitudes of teachers in Southeastern, North Carolina. It is available at: http://people.uncw.edu/imigs/documents/SmithImigReport.pdf

The most recent survey was fielded by live interviewers at the High Point University Survey Research Center calling on Jan. 26 – 30, 2014. The responses from a sample of all North Carolina counties came from 421 adults with landline or cellular telephones. The Survey Research Center contracted with Survey Sampling International to acquire this sample. The survey has an estimated margin of sampling error of approximately 4.8 percentage points for these respondents. The data are weighted toward population estimates for cellular and landline telephone use, age, gender and race. In addition to sampling error, factors such as question wording and other methodological choices in conducting survey research can introduce additional error into the findings of opinion polls. 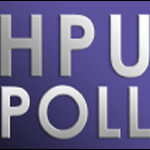