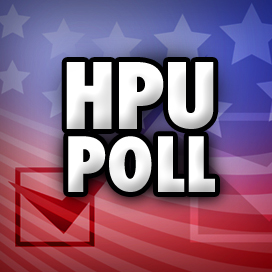 HIGH POINT, N.C., Sept. 23, 2014 – The first HPU Poll of the 2014 fall semester finds that North Carolina’s likely voters are split on which U.S. Senate candidate—incumbent Sen. Kay Hagan or North Carolina Speaker of the House Thom Tillis—would do the best job handling important policy issues they might encounter in office.

Tillis had a 24 percent advantage over Hagan on the issue of “protecting the U.S. from foreign threats” and an 11 percent advantage on “improving economic conditions.” Hagan ranked 19 percent higher than Tillis on issues like “promoting education” and “preserving Medicare,” while receiving 12 percent more support on “protecting Social Security.”

“The overall differences in trust that the likely voters have in the candidates on these issues is striking,” said Martin Kifer, director of the HPU Poll. “We do not yet know how important an issue like national security will be in this election, but we have seen these candidates competing on issues like jobs, the economy and education throughout the campaign. That these candidates have different strengths helps explain why the overall race is so close.”

“As we have seen in similar polls over the years, North Carolinians have generally been cynical about economic conditions,” said Brian McDonald, assistant director of the HPU Poll. “We will continue to field questions about the economy so we can track consumer sentiment over time.”

Finally, likely voters still tend to have relatively negative views of the 2010 health reform law, also known as the Affordable Care Act or Obamacare. A majority of likely votes (54 percent) held unfavorable views of the law, while a near majority (48 percent) said that the nation as a whole will be worse off under the law.

Regardless of who you support, which of these two U.S. Senate candidates, Kay Hagan or Thom Tillis, do you think would do the best job of handling each of these issues?

Protecting the U.S. from foreign threats:

We are interested in how people are getting along financially these days. Would you say that you and your family living there are better off or worse off financially than you were a year ago?

Neither better nor worse – 26 percent

Now looking ahead, do you think that a year from now you and your family living there will be better off financially, or worse off, or just about the same as now?

Neither better nor worse – 49 percent

Now turning to business conditions in the country as a whole, do you think that during the next twelve months we’ll have good times financially, bad times or what?

Neither good nor bad, both good and bad – 18 percent

Do you think the nation as a whole will be better off or worse off under the health reform law, or don’t you think it will make much difference?

Not make much difference – 17 percent

The High Point University Survey Research Center fielded this survey with live interviewers calling between Sept. 13 and 18, 2014. The responses came from 410 likely voters with landline or cellular telephones. First, registered voters were identified using a Registration Based Sampling system that selected possible respondents from a statewide, North Carolina list of registered voters that had landline and cell phone numbers appended by a contractor. Likely voters were estimated by asking a screening question: “On November 4, North Carolina will hold their general election for U.S. Senate, U.S. House of Representatives and other offices. How certain are you that you will vote in this election? Are you almost certain to vote, you probably will vote, your chances of voting are 50/50, or you will not vote in the November 2014 general election?” The only registered voters who passed the screen were those who responded “almost certain” or “probably” to the screening question AND voted in the 2010 general election in North Carolina, registered in North Carolina after 2010 and voted in the 2012 general election, or registered in North Carolina since 2012 passed the screen. The Survey Research Center contracted with Survey Sampling International to acquire this sample. The survey has an estimated margin of sampling error of approximately 5 percentage points for this population of respondents. The data are weighted toward estimated turn out figures for age, gender and race based on North Carolina Board of Elections data and exit polls from past campaigns. In addition to sampling error, factors such as question wording and other methodological choices in conducting survey research can introduce additional error into the findings of opinion polls. 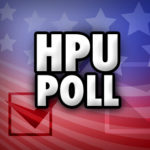