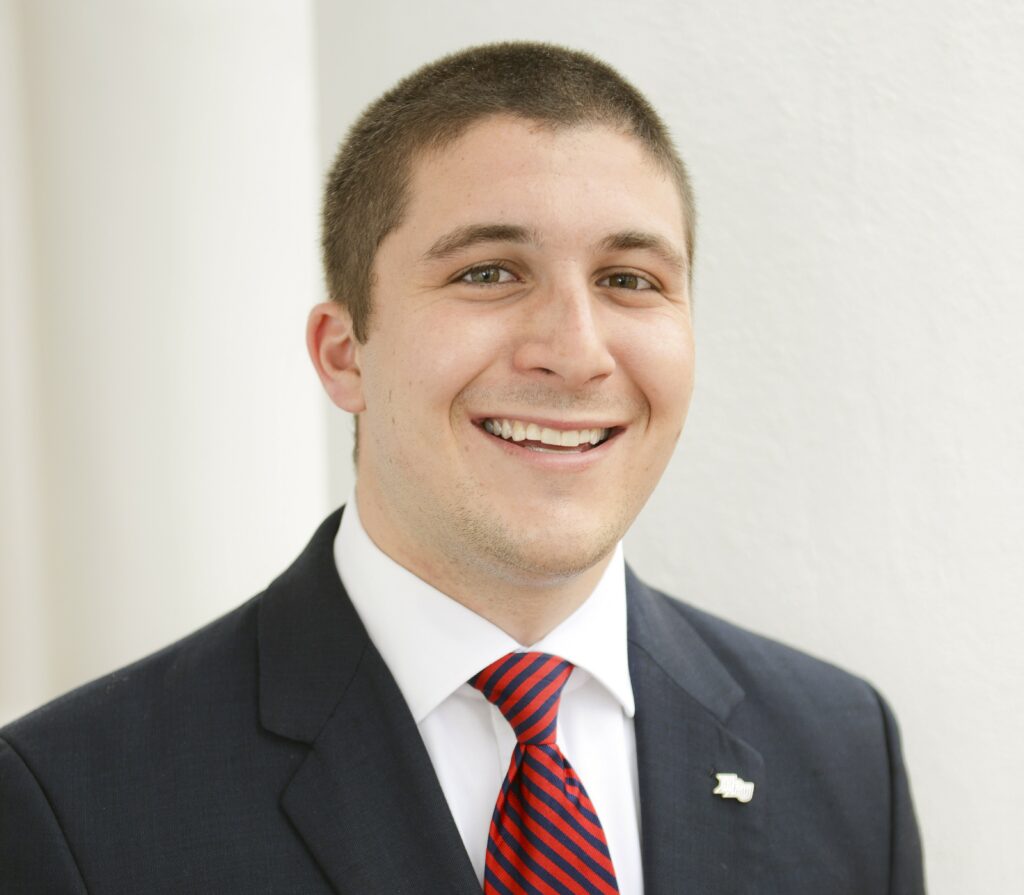 John Marsicano, a graduating senior, is pictured with one of his campus mentors, Roger Clodfelter, the university’s vice president for communications.

I was having lunch with one of our students, John Marsicano, when he got the news.
We had ordered soup when he began to open up, unprompted, about his four years at HPU – what he’s learned, how many hours his professors have spent with him, and where it’s going to take him.

John is a senior strategic communication major from Long Island. We meet informally every few months just to chat. I’ve always considered it a reciprocal mentorship. He’s a bright guy and I have picked his brain as much as he has mine.

As our soup arrived, John looked down at his phone, then glanced back up to say, “I got the job.”

Instant tears of gratitude welled up in his eyes. He was grateful. And I was stunned as I considered what a beautiful moment I was witnessing. Here is this HPU student crediting faculty mentorship and guidance for his career preparation just as he received the news of his new PR position at Jackson Spalding, a prestigious Dallas-based firm. During Democracy USA, an experiential learning project that Marsicano participated in at HPU, he met Chelsea Clinton and other national influencers at the 2012 Democratic and Republican national conventions.

The fact that John was able to secure a position prior to graduation shows his competence and professionalism. But the fact that he had to hold back tears upon learning about the job demonstrates character grounded in humility and gratitude.

For me, the experience was a reminder that HPU is transforming lives and creating grounded leaders. John landed his dream job. But there were other opportunities he was exploring. Like an interview in Atlanta with an insurance group. For that, he borrowed his girlfriend’s car and made the 5-hour trip (each way) in one day. That’s one example of the type of hard-work and determination that has come to define the HPU graduate. Entrepreneurial, optimistic, and prepared to welcome the next opportunity or challenge.

John’s story is uniquely his own. But the successful outcome he experienced is the standard at HPU.

The Dream Big Chairs in Hayworth Park reflect the new outlook on life that HPU alum Christine DiFerdinando discovered here. She wrote a letter to the university six months after her graduation and immediately after purchasing her first home and enjoying a successful career in accounting. It read: Marsicano is pictured at one of three internships he completed during his time at HPU.

“I had so much support in my world at HPU that I graduated to face the real world with a new perspective. HPU gave me the positive outlook I need to achieve my goals without being intimidated by life’s obstacles.”

These students will never forget the faculty and staff that helped them reach this turning point in their lives. And I will never forget seeing the culmination of their extraordinary four-year journey. This is what living a life of success and significance is all about. 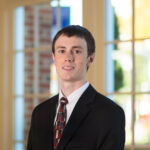 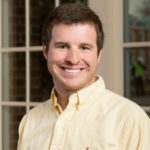 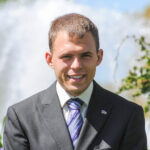 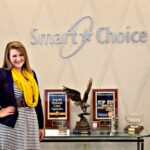