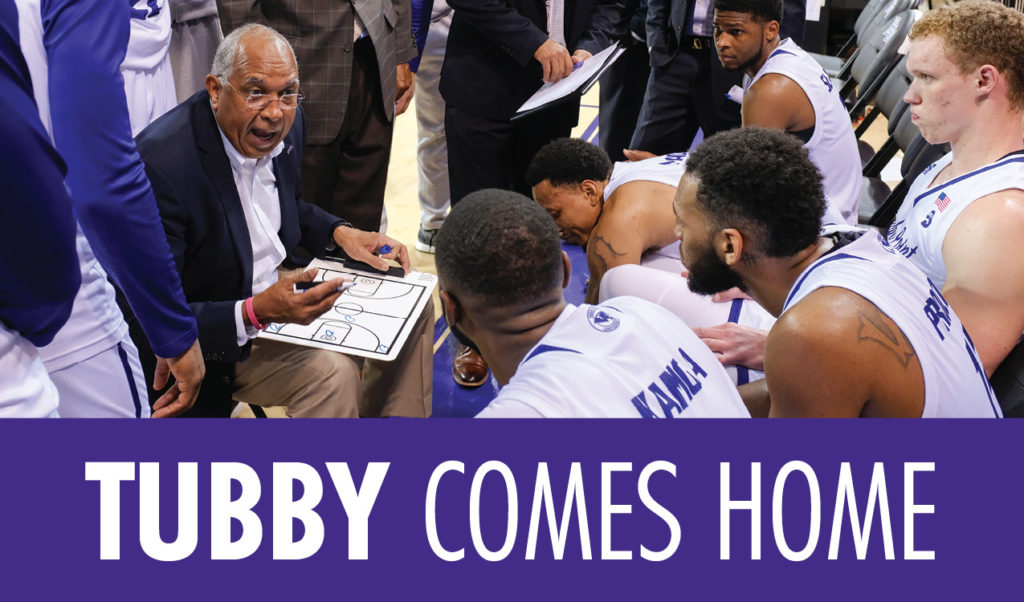 This story is featured in the Spring 2019 edition of the HPU Magazine. Below take a look at Men’s Basketball Head Coach, Tubby Smith’s, return home to HPU.

The most excited freshman on campus is someone you won’t expect.

A half century ago, Smith left his family’s farm in Maryland — and his 16 brothers and sisters — and came south to play basketball at then-High Point College. He graduated in 1973, and today, he’s the school’s ninth all-time leading scorer in men’s basketball with 1,589 points.

He’s back in the Millis Center, the gym where he wore No. 20 and dived for loose balls.

For Smith, High Point University was never about the points scored. It was about the connections made. He met his wife, found lifelong friends and discovered himself. Smith has always followed the advice of his father, Guffrie, a World War II veteran, farmer and devout Methodist.

“Be the best you can be,” Guffrie told his son, “and good things will happen to you.”

In November, on the Saturday before Thanksgiving, he earned his 600th win in his 27-year college career. HPU beat East Carolina 55-52 on East Carolina’s home court.

Smith is now one of only 15 active coaches nationwide with 600 wins. That’s just for starters.

He won the national title with Kentucky in 1998, earned National Coach of the Year three times, and has become only the second coach in history to take five teams to the NCAA Men’s Basketball Tournament, often known as the Big Dance.

Smith breathes basketball and has enough plaques, championship rings and memorabilia to fill every inch of his office.

But at HPU, his office walls are bare. People ask him why.

It’s a Monday, Martin Luther King Jr. Day at HPU, a day off for HPU basketball.

But not for Smith.

He stands in the fellowship hall of Hayworth Chapel surrounded by his team. With two players at 6-feet-10, everyone around them stares. Smith takes it in stride. He huddles his players together and tells them to tune in to the message they’ll hear.

But Smith can’t stay. He’s off to see a potential recruit play.

The next day, Smith sits down with two local sportswriters for a podcast, talks strategy with his coaches and starts another long afternoon of practice, of pacing the court whistle in hand and channeling the fierce determination of his mother, Parthenia.

“Mom was a screamer,” he says.

At practice, Smith’s voice is a back-of-the-throat bellow. He is his mom’s son. “Hold the ball. I didn’t blow the whistle!”

He has had each of them write down their life goals, and he’s met with them one-on-one to discuss their future beyond basketball.

On campus, students see and talk with Smith often. But sometimes, they’ll toss out the nickname Smith earned as a toddler bathing in his grandmother’s wash basin and refusing to get out.

At Tubby Time, an event last fall at the Wanek Center, Smith sat on a stool and told students about the team, his inaugural season and his return. The questions came.

“This is my alma mater, my wife and I went here, and High Point is going through a tremendous transformation,” he answered. “Dr. Qubein is doing great things here. That’s why I came. We are part of something special.”

Afterward, he stood in front of a big HPU backdrop, took portraits with students and autographed whatever they gave him. Anna Strano, a sophomore from Branchburg, New Jersey, handed him an HPU hat. It was for her Uncle Tim.

“It was really incredible,” she said. “It’s cool to see someone with that kind of passion.”

The Why of it All

In Smith’s office are three placards on easels that display the Nido and Mariana Qubein Arena, Conference Center and Hotel. It’s a $120 million project slated to be completed next year. It’ll offer fans a basketball showplace — a 4,500-seat arena with a special name for the floor.

The Smiths donated $1 million toward the project. But the Smiths have supported HPU for years. It’s a lesson Smith learned long ago on the farm.

“We didn’t have much at all,” Smith says. “But what we had we would share.”

“I’m so proud of High Point University, and what it did for me,” he says. “It made a difference in my life, and I want to give back.” 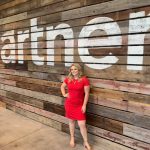 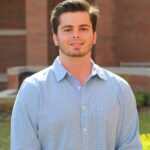 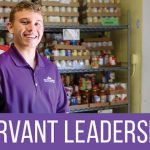 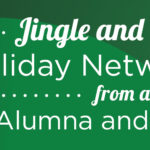 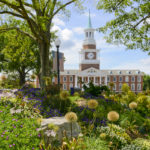 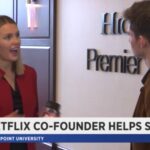 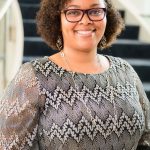