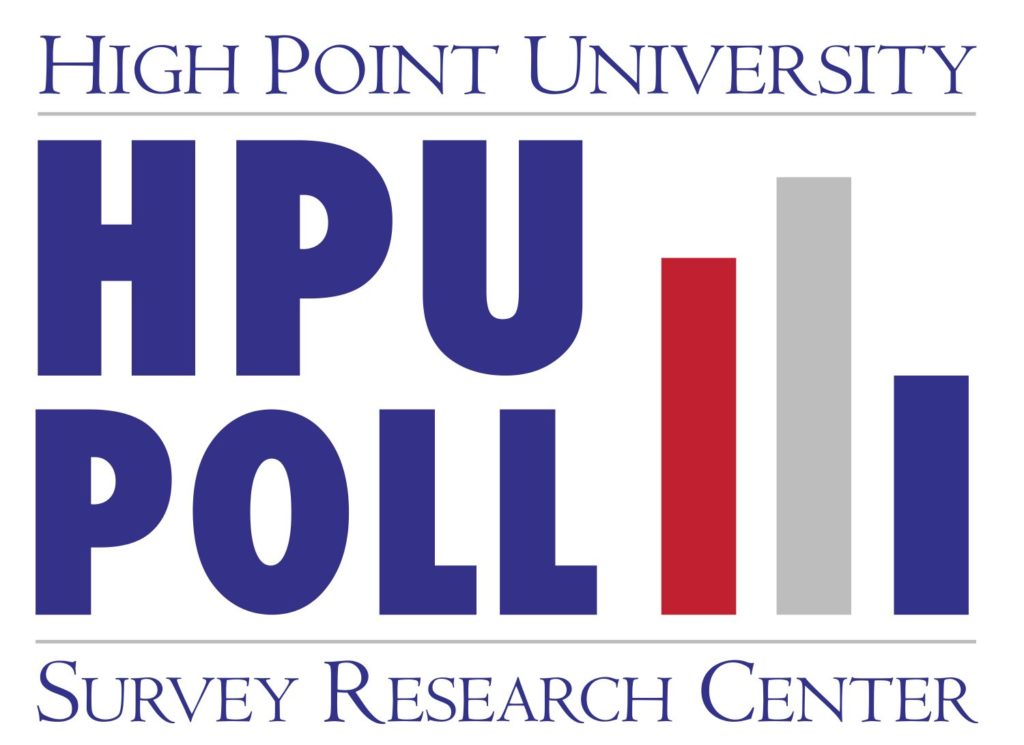 HIGH POINT, N.C., Sept. 30, 2019 – The High Point University Poll finds that self-identified Democrats in North Carolina give former Vice President Joe Biden the highest favorability rating (70%) among the declared Democratic candidates for president of the United States. Biden also has support of 31% of these same Democrats if they were voting in the Democratic presidential primary right now.

The other seven candidates tested were those who qualified for the Sept. 12 Democratic primary debate and include Cory Booker, Pete Buttigieg, Julian Castro, Kamala Harris, Amy Klobuchar, Beto O’Rourke and Andrew Yang. None of these other candidates had favorability ratings above 50% or primary support above 10% among these self-identified N.C. Democrats.

The HPU Poll also finds that interest in the Democratic primary field may be relatively high, as 41% of these self-identified Democrats in North Carolina said they have given a lot of thought to candidates who may be running for president in 2020. Sixty-one percent said they have already watched at least some of the Democratic presidential primary debates.

“Even though we are still early in the presidential campaign, there are signs of increasing interest among self-identified Democratic voters,” says Dr. Martin Kifer, director of the HPU Poll and chair of HPU’s political science department. “As the race heats up, we should expect to see some changes in relative support for candidates. The candidates and their positions are becoming better known to voters.” Here is a list of people who are running or might run for the Democratic nomination for President, please indicate whether you have a favorable or unfavorable view of each one. If you have never heard of one of the candidates, feel free to say so.

The most recent HPU Poll was fielded by live interviewers at the High Point University Survey Research Center calling on September 13 – 19, 2019 and an online survey fielded at the same time. The responses from a sample of all North Carolina counties came from 1030 adults interviewed online (802 respondents) as well as landline or cellular telephones (228 respondents). For the purposes of this release, respondents were also asked about their political party identification to which 348 respondents said they were Democrats. The Survey Research Center contracted with Dynata, formerly Research Now SSI: https://www.dynata.com/ to acquire these samples, and fielded the online survey using its Qualtrics platform. This is a combined sample of live phone interviews and online interviews. The online sampling is from a panel of respondents, so their participation does not adhere to usual assumptions associated with random selection. Therefore, it is not appropriate to assign a classical margin of sampling error for the results. In this case, the SRC provides a credibility interval of plus or minus 3.7 percentage points to account for a traditional 95% confidence interval for the estimates (plus or minus 3.1 percentage points) and a design effect of 1.2 (based on the weighting). For the Democrat subsample, the estimated credibility interval is 6.4 percentage points. The full data set is weighted toward population estimates for age, gender, race, and education level based on U.S. Census numbers for North Carolina. Factors such as question wording and other methodological choices in conducting survey research can introduce additional error into the findings of opinion polls. Details from this survey are available at http://www.highpoint.edu/src/files/2019/09/66memoC.pdf. 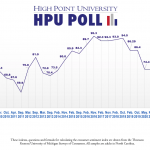