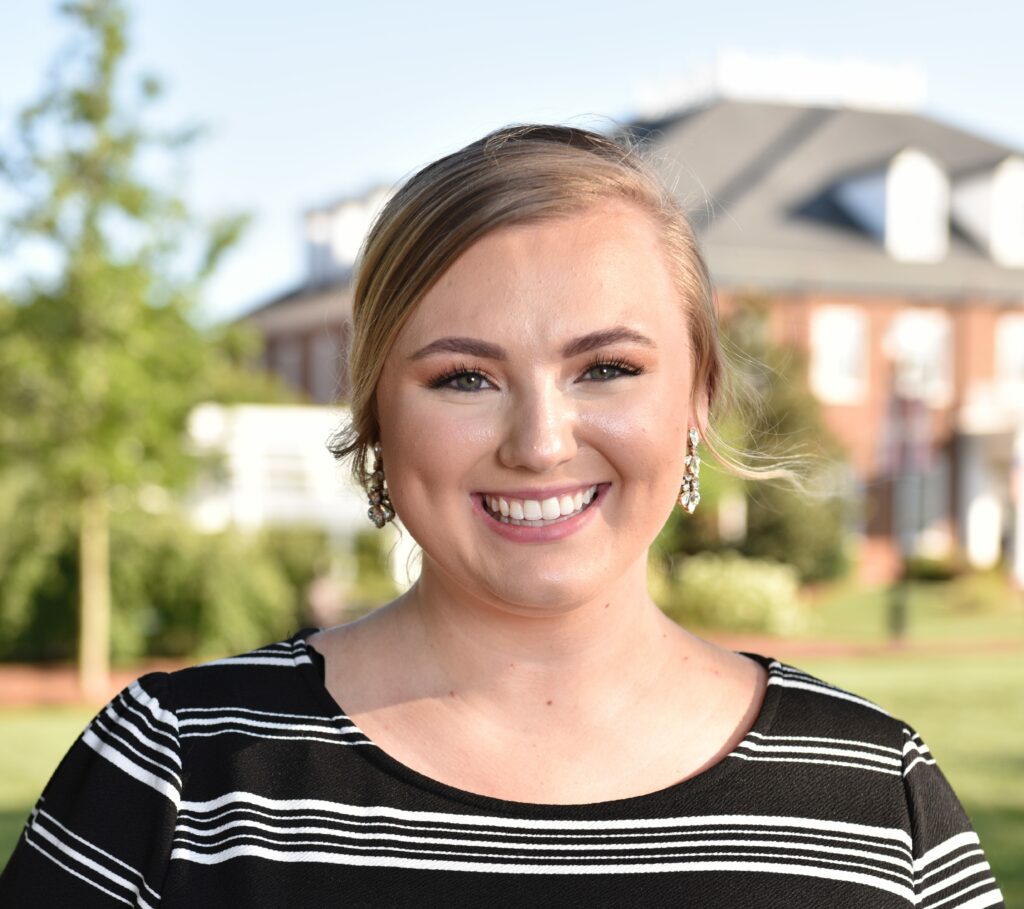 On her first Sunday as a freshman at High Point University, Alexis Ogren couldn’t get over what she saw. Ogren stands with Lyndsey Clos, ’19, right after they both participated in the Honor Code Ceremony two years ago.

At the university’s Honor Code ceremony in the Millis Athletic Center, she watched students step onstage in black robes. She found out later they were student leaders, all members of HPU’s Student Judicial Court.

But that Sunday, Ogren didn’t know. She simply knew she couldn’t look away. They all had this something, this aura, an indescribable vibe that made her think, “Oh my gosh, that is so cool.”

Now, Ogren has that something.

She has her own black robe, and she’s been onstage at the Honor Code Ceremony in August. She was the university’s Attorney General, the leader of the Student Judicial Court, her junior year, and she’s now one of two Extraordinary Leaders for the month of April.

Ogren is a senior, a Presidential Scholar and a double major in psychology and criminal justice. How she earned her own black robe boils down to one word.

Ogren grew up in Jefferson, Maryland, a community of one stoplight, one community center, one annual carnival and one rail line tucked inside two square miles in the southwestern corner of the state.

“I can get to West Virginia faster than it takes to get to Target,” she likes to tell people.

Ogren got to HPU by going first to Myrtle Beach, South Carolina. On Presidential Scholars’ weekend her senior year in high school, Ogren poses with her parents, Dan and Kelli, at HPU’s Lakeside Gardens.

Her family vacations there every summer, and during her junior year, her mom told her to look into colleges and universities they could tour on their way down. Ogren found HPU.

She loved it immediately. The beauty. The vibe. The energy. Just everything.

She found herself comparing every other college and university she visited to HPU. So, her family got to work to make it work.

Meanwhile, her college trip companion– her mom, Kelli, a receptionist at a dental office – buoyed her spirits.

Everyone, as Ogren says today, was “super supportive.” And when she looks back at what her family did for her so she could attend her dream school, she remembers what she did.

So, on that first Sunday in the Millis Athletic Center, when she wore her signature black dress and found herself surrounded by more people than in all of her hometown, she felt a bit intimidated. But she made a vow.

“I owe it to my parents, and I owe it to Papa and Grandma,” she told herself. “I need to make the most of my four years here.”

Wherever she goes on campus, if she sees any, Ogren will always pick up trash.

She got that from her friend, senior Tucker Wilson, the president of HPU’s Title IX organization. Ogren is the vice president of Title IX, and the two of them have planned events to help raise awareness on campus about sexual assault and domestic violence.

And they pick up trash.

“The campus is so pristine, and to see trash is very rare, but I always make sure I do it,” she says. “If I see something, I pick it up because I want to make someone’s life easier.” Ogren holds her Attorney General nameplate after she was named to the position her sophomore year.

“Campus Enhancement,” she says. “I respect what they do, and they’ve made the campus beautiful. It’s also that sense of right and wrong, that sense of helping others. I take great pride in saying, ‘I go to High Point.’ So, in any way I can help, no matter how big or how small, I am more than willing to do that.

“I want to be able to give back to the school that has given me so much.”

What reminds her of that is a psychology class she took last semester with Dr. Sarah Ross, an assistant professor of psychology.

The class was challenging, and she felt lost. So, she went to see Ross, and Ross helped her overcome her frustration. That one experience showed her something she has found everywhere on campus.

Walk into a professor’s office and say, “I’m hitting a wall, and I don’t know what to do.”

That’s what she did. Ross helped. So, will all the other professors on campus. And for Ogren, who has worked through her own mental health struggles since eighth grade, that is a huge help.

“One of the reasons I want to do what I want to do is that at one point in my life, a therapist saved my life,” she says. “I want to do that for someone else.”

The Blossoming of a Leader

Ogren, the oldest of two daughters, grew up being a leader.

She was the captain of her basketball team, the Brunswick High Railroaders, and she also was president of her school’s Random Acts of Kindness Club. When she got to HPU, she looked to get involved with everything she could. She rushed Alpha Chi Omega the spring semester of her freshman year. By her junior year, she became the sorority’s vice president of risk management and helped plan four formals.

She also became a resident assistant, known on campus as an RA, first at HPU’s University Village and later at her sorority house.

Meanwhile, she has conducted research with Dr. Christopher Lootens, an assistant professor of psychology. She helped with the students participating in Lootens’ research into measuring people’s personal oddities.

She became a member of the executive council of HPU’s Student Government Association. This year, she was elected by her peers as the Speaker of the Senate, a position seen as the vice president of the SGA.

“Alexis is probably one of the most fearless people I’ve ever met,” says Joshua Rich, HPU’s director of student conduct. “She’s not afraid to speak her mind and stand up to her peers, and I’ve come to appreciate that in her. She never shies away from a challenge. She jumps right in with “How can I help?”

Ogren did that with the Dance Marathon.

For more than a year, she and 20 other people had worked to pull it together. Ogren sent hundreds of emails, and she and the other founders partnered with the Phi Mu sorority to produce a kickoff event last April. Their partnership had already raised almost $40,000 for the Duke Children’s Hospital.

They set the marathon for March 21 at HPU’s Webb Conference Center, and she and other dance marathon founders were working to raise more money. Then came the global pandemic.

The campus moved to online instruction due to COVID-19, and Ogren went back to Jefferson.

Ogren has learned to work through a crisis. She got that from her firefighting father.

From her home in Jefferson, she and the other members of the SGA Executive Council are contacting students to see how online classes are going. She and her other members plan to send what they find to Alex Bush, SGA’s president, and he’ll send an email to Dr. Dennis Carroll, HPU’s provost. Since finishing up her senior year remotely from home, Ogren has enjoyed the family’s new puppy, Bailey.

“Students’ lives have been turned upside down, and we’ve all been given a voice, a position to serve our student body, and I think this a good thing for us to do,” she says. “To give feedback when other students can’t.”

Ogren’s own life has been turned upside down, too. She won’t finish her senior year on campus. But she has no qualms. She looks back at her career at HPU, and she knows she has honored her personal vow.

She has made the most of her four years.

“If you showed me my resume to my freshman-year self, I would’ve said, ‘You’re crazy! No way you can get all that done!” she says, laughing. “But I’ve gained a lot of skills. High Point has given me confidence, and that is something I have struggled with. 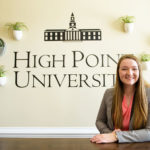 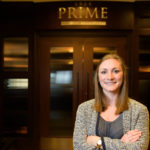