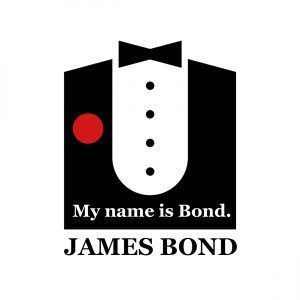 The introductory line is unmistakable.  “My name is Bond. James Bond.”  Immediately, we know that we are in the company of the James Bond, British agent 007, the suave and confident fictional character created by British author Ian Fleming.  The Bond character has featured in novels, short stories, TV shows, video games, comics, and has been merchandized through toys, posters and action figures.  But it is the movies that have really contributed to the durable appeal of the debonair British agent.  Twenty four Bond films, grossing over $6.19 billion dollars, makes the franchise the third most successful in movie history, after the Marvel and Harry Potter series (“The Top-Grossing Film Franchises”).  The twenty-fifth Bond movie is due to be released in 2020, starring Daniel Craig as 007.

Ian Lancaster Fleming (1908-1964), published the first Bond story, Casino Royale in 1953, and he would go on to write a further eleven Bond novels, as well as two 007 short stories.  Before becoming a novelist, he had worked as a journalist in Moscow, having also been a banker and stockbroker.  He would mine these experiences to great effect in his tales.  But it was his World War II experiences as a commissioned lieutenant commander in British Naval Intelligence that really influenced his development of James Bond.  Fleming’s duties involved intelligence gathering in occupied Europe, understanding at first-hand the dangerous life of a spy.  The character of “M” (played for many years by actor Bernard Lee), was based on Fleming’s real wartime commander.

The early novels included strong plot-lines, developing Bond’s persona and history, with stories moving at a fast pace.  As the series matured, Fleming duplicated and expanded recognizable themes that had been present right from the beginning.  Bond stories are essentially a struggle between good and evil, and some of his best foils are the “Bond villains” that 007 is eventually forced dispatch in a dramatic fashion.  Male villains such as Ernst Stavro Blofeld, Auric Goldfinger, Le Chiffre, or Oddjob (to name but a few), were not a match for our man.  Bond also had a succession of evil villainesses over whom he had to triumph, such as Rosa Klebb or Irma Bunt.

Part of the allure of the character, is that James Bond is drawn to adventure and risk.

We repeatedly see him taking enormous chances, including multiple story lines that involve gambling.  Bond is patriotic, who in the end, however cynically, always represents the interests of the British Government.  He is frequently in huge peril, and is often the last man standing between the villain(-ess), and the total destruction of the planet!

Of course, fantasy is a big part of the success of the Bond franchise.  Bond is always attracted to, and by, the opposite sex.  The original novels were written in a time long before the #MeToo movement.  Actresses cast as “Bond girls” (not, “Bond women”), had to match the same popular conception of attractiveness as the male lead.  From the early Bond films to the present day, Bond’s female companions are often independent, sassy and strong women.

There are many “must have” elements that populate Bond movies that fans have come to expect.  The distinctive guitar part of the iconic theme music, written by Monty Norman, sets the scene.  Spectacular stunts, chase sequences, weapons and gadget “demos” from “Q” and exotic locations, are mixed in with signature lines — “Shaken, not stirred!”  Puns, throw-away and put-down lines add to the mix.  A recurring theme has been the interplay between Bond and Miss Moneypenny (assistant to “M”), played for many years by actress Lois Maxwell.  Moneypenny fantasies about a life (or liaison) with Bond, but never quite does anything about it.

The evergreen nature of the Bond franchise gets a makeover every time a new actor takes over the role.  This has contributed to keeping the series fresh.  But it does provoke debate over just who is the best Bond.  The role has been played by six actors, including Sean Connery, George Lazenby, Roger Moore, Timothy Dalton, Pierce Brosnan and Daniel Craig.  Do you have a favorite Bond?  Or “Bond girl”?  Or “Bond villain”?  A display currently in Smith Library might help you to decide!  It features and celebrates the life and adventures of the fictional agent, with his British Government “License to Kill”, identified by the three simple numbers: 0-0-7. 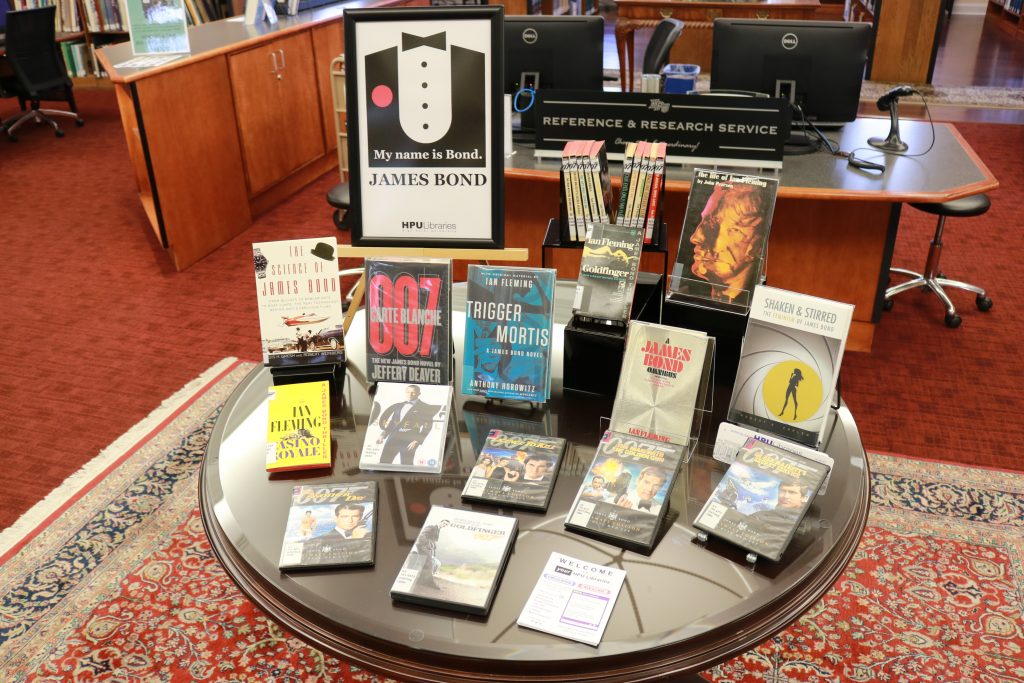