At HPU Libraries we consistently support and encourage active thinking, information literacy, and creativity. This can take many forms, be it gathering scholarly articles for a research paper, combing through databases for a statistical analysis report, and sometimes, filming and editing an original movie. Dream, Above and Beyond​ is an exciting new feature-length film directed by Grey Rich, a sophomore at HPU. The film follows two friends who become stowaways on a space rocket to fulfill their dreams of becoming astronauts and traveling to the moon. The film was written by the actors playing the two main characters, Grey Rich and fellow HPU student Alec Nava. It was independently financed and filmed on the HPU campus and in Cary and Pittsboro, NC. In the Media Lab at Smith Library, Grey exported his final cut of the film to prepare it for distribution.

I recently spoke with Grey Rich to find out more about the film and get some insight about the production process. Here is what he had to say.

Q: What is this movie about?

A: It’s the story of two kids named Emmit and Greyson. They’re not really the ​best​ of friends. Emmit is super passionate about space; he wants to be the youngest person to set foot on the moon. He is fed up with the negativity going on with the world (the film is set during the horrific year of 2020). So Emmit wants to go to the moon and when he finds out NASA is sending a test mission to the moon, he convinces his friend Greyson to tag along with him. It’s kind of a buddy film; during the course of the mission they grow closer and learn a lot about each other.

Q: What inspired you to make this film?

A: I’ve been the biggest fan of space for as long as I can remember. In 2009, Dr. Nido Qubein allowed me to meet that year’s commencement speaker, Buzz Aldrin; I thought it was so cool to meet the second man to walk on the moon. I kept that idea in my head and since then I wanted to make a film about space. Also, I had a friend in high school who pushed me to keep working on the script when I was ready to call it quits. She told me “this is gold, you should stick with it!”. A little while later, I was spending some time with my little cousins, and it occurred to me that I should make a space adventure movie for kids.

Q: Tell me about your co-star and co-writer Alec Nava. Is he as interested as you are in the subject matter?

A: I wouldn’t say he’s as interested in space as I am; which is interesting because in the movie his character is much more into space than my character is. So for me, it was kind of hard to be the guy trash-talking space; honestly, it was killing me on the inside.

Q: The two of you share a lot of screen time together. How was it working with Alec?

A: It was fun! I would definitely work with Alec again. He turned out to be perfect for the character for the film.

Q: How did you and Alec meet?

A: We met here at HPU, at a freshman orientation event. I was taken by his personality and I asked him “do you act?” He said “yeah” and I said “good, because I want to put you in a movie”. What was strange is that Alec didn’t really have to act too much; I just asked him to be himself and his personality fit perfectly with the character in the film. Hands down I think he’s the best part of the film.

Q: Would you call this film a sci-fi movie? An adventure film? A comedy? What genre do you think fits best?

A: When Alec and I were writing the film, we had positioned it to be more like a drama. We kind of followed the Pixar formula for storytelling: make a movie for kids with messages for adults. We wanted the film to be about never letting go of your dreams. Of course, it still has elements of sci-fi and adventure, with a little comedy thrown in as well.

Q: Wasn’t a lot of that comedy provided by your character?

A: Fun fact: a lot of those comedy elements in the movie aren’t actually in the script. When we were filming and on set, we would sometimes improvise and realize that a certain line or action was funny and it stayed in.

Q: With a low-budget independent film, many times the lack in budget necessitates that everyone pitch in and take on several production roles. How were the production roles split up?

A: I filled the roles of writer/director, and I played Greyson. I was also the producer of the film and raised most of the funding myself. I think the final budget was somewhere around $800.

Q: What camera(s) did you shoot this with?

A: I used a Sony 4K camera and various cameras from the equipment room at the Nido Qubein School of Communication. Filming with different cameras presented us with a unique challenge because we accidentally used different aspect ratios when we filmed with different cameras, resulting in inconsistent picture sizes. We ended up adding a universal “letterbox” overlay to the footage during post-production to fix this issue.

Q: The editing in this film is impressive, especially the intercutting of scenes with you and Alec, the scientists in the NASA control room, and what looks like archival footage from NASA with animations of a spacecraft zooming through space or decoupling. Where did this come from?

A: All of the space animation sequences showing the rocket in space are in the public domain since NASA is a government organization. I should note that NASA had no involvement and does not endorse this film in any way.

Q: The DVD is available for checkout in Smith library. Obviously the film itself is on the DVD but what special features can a potential viewer expect to find on the DVD?

Q: The soundtrack for the film is (pardon the pun) very ​atmospheric​. Who composed the music for the film?

A: The score was composed by Senator Jaiz, who works at the North Carolina Museum of Natural Science. It’s an incredible score that works perfectly in the film. When discussing what I was looking for in the soundtrack, I told him I was looking for a score that had a John Williams and Hans Zimmer feel to it, and he definitely delivered.

Q: What are your plans for future distribution, outside of the DVD?

A: I looked into streaming options, and the problem with streaming platforms is that the companies want such a high percentage of the cut that it doesn’t seem worth it. After speaking with Amazon Prime and realizing they would be expecting a 60% cut, I realized that it was better to just produce my own DVDs.

Q: What future projects should we be looking out for?

A: I’m working on a new movie called ​Rescue in Secrets​ that is still in the pre-production stage right now. I can’t really say too much about the plot, but it will be a black and white movie set in the early 2000s, and it’s about a patient in a mental hospital who becomes romantically involved with one of the doctors. They choose to run away to pursue a life together and they learn a lot of life lessons along the way.

Grey Rich is setting a wonderful example of what can happen when one embraces the power of the possible and stays dedicated to having a growth mindset, two important facets of the HPU approach to a holistic education. For anyone interested in seeing ​Dream, Above and Beyond​ you can check out one of the two (autographed) copies in the Smith Library Film Collection on the 1st floor of Smith Library. Hopefully Grey will continue making films, exploring the universe, and reaching for the stars.

In the words of Carl Sagan, “Somewhere, something incredible is waiting to be known.” 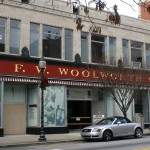 The Power of Dreams
read more
View All