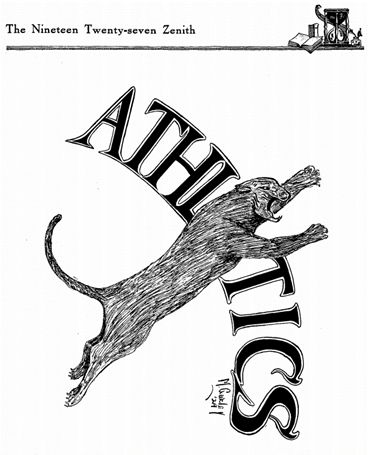 The University Archive gets many questions from members of the university community, the faculty/staff, and of course the students about the history of the college and the early university years. You can view much of the archive digital collections online at https://www.highpoint.edu/library/archives/. An image that is synonymous with HPU is Prowler, the HPU Purple Panther; this big cat can be seen on everything from billboards to your coffee tumbler. Where did this mascot come from? Where does the term “Purple Panther” come from? To answer this question, we have to go back in time to the 1920s, when HPU was known as High Point College.

How long has the school used the term the Purple Panthers? 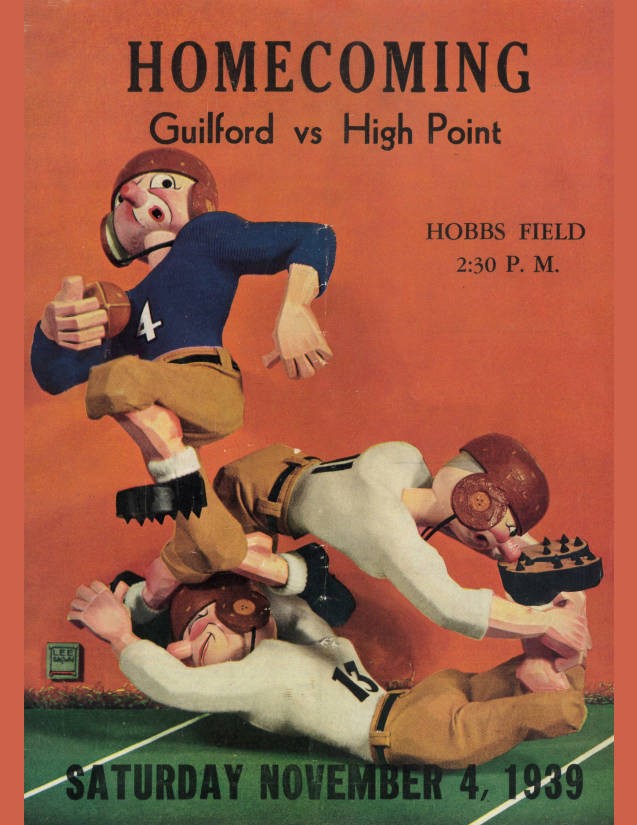 During meetings of the High Point College trustees in the 1920s they decided that the college colors would be purple and white and High Point College athletics used the term Purple Panthers from the onset of intercollege sports. The playing of sports with other schools begins in the 1924-25 seasons. In the early days of football, schools did not have set conferences as we do now. Instead, coaches would meet and establish a schedule to play games with (most of the time) local teams. High Point College had a strong rivalry with Guilford College and Elon College and played them in many games.

At that time High Point College sport teams were dubbed the Purple Panthers. Here is a quote from one of the college histories,  Remembered be thy Blessing a history of the college published in 1995. This quote is from page 144.

Intercollegiate athletics for men at High Point College began in 1925 with the employment of Coach J. P. Boylin, who previously worked at High Point High School. His work was overseen by an Athletic Council that included athletic director Boylin, two more faculty and two students. This council designated the athletic teams as Purple Panthers during the fall of 1925. Clifford R. Hinshaw of High Point College in 1927 organized the North State Intercollegiate Athletic Conference~ which became known as the Carolinas Conference after Newberry College of South Carolina joined in 1961.

We researched many college publications, and it seems that through the early years of the school, we did not see anything about a sport mascot although the sport teams were called the Purple Panthers and there were certainly many images of a panther. So, when did Prowler become the mascot? 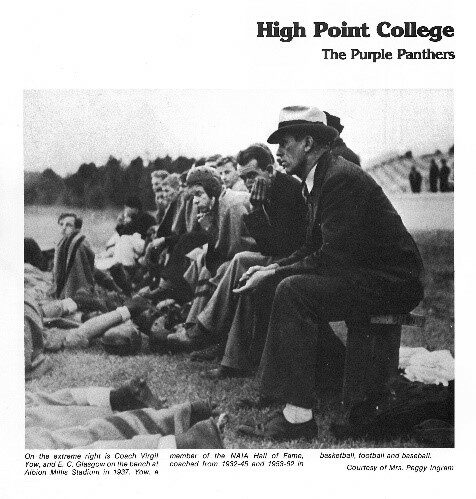 Early images of the panther in college publications were quite creative. Many were like this wonderful image of the panther from the 1927 Zenith, one of the college’s yearbooks:

In the 1970s and 1980s, the drawings of a more uniform purple panther image started to emerge in student publications.  The well-drawn cat seen here, comes from the header of the school newspaper in late 1970s. The school newspaper was called the Hi-Po at that time and was changed to the Chronicle in 1994 after the college became a university.

When was the purple panther named Prowler?

Later images of the panther do become more formalized as can be seen in this newspaper banner image (mid 2000s) and finally in the mid to late 2000s you begin to hear mention of the phrase Prowler the panther. A quick google search will show this same development. In the mid-2000s you get a few mentions of Prowler the Panther but by 2010 it is very common. 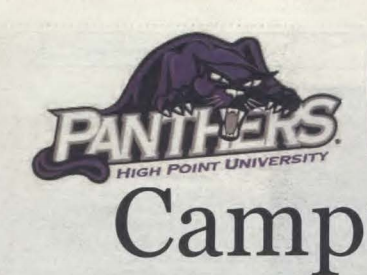 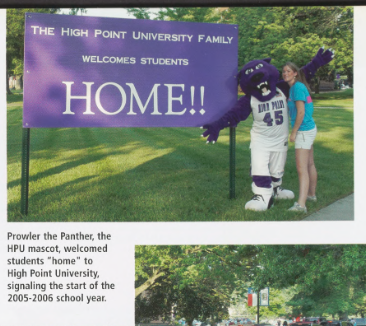 Now we have this wonderful rendition of Prowler as can be seen being installed at the new Nido & Mariana Qubein Arena and Conference Center, along with a stylized version of the panther head as used by the university Panther club; an organization that supports athletics at the school. 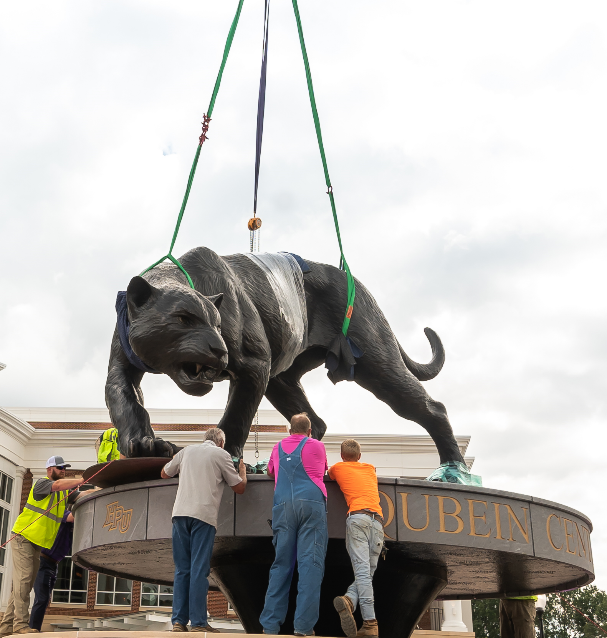 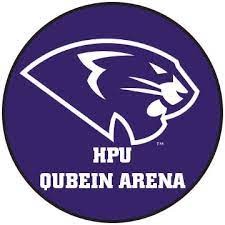 Please contact Ashley at aschmidt@highpoint.edu with archives questions or requests.