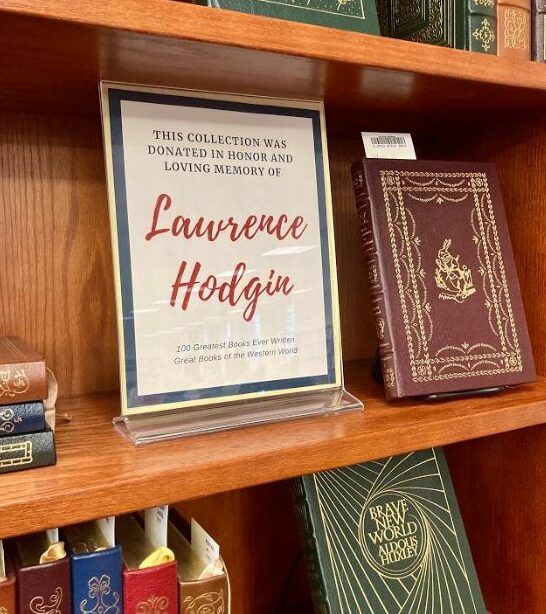 A fantastic new collection of books has recently made its way to Smith Library. This collection is made up of two sets, with each set containing books that are highly regarded as being some of the best and most important works in the history of literature. These sets are Easton Press’ 100 Greatest Books Ever Written and The Great Books of the Western World.

These sets were gifted to HPU Libraries to celebrate the memory of Lawrence Hodgin, a veteran of World War II and alumni of High Point College (The State, 2009) who collected the books over the course of his remarkable life. 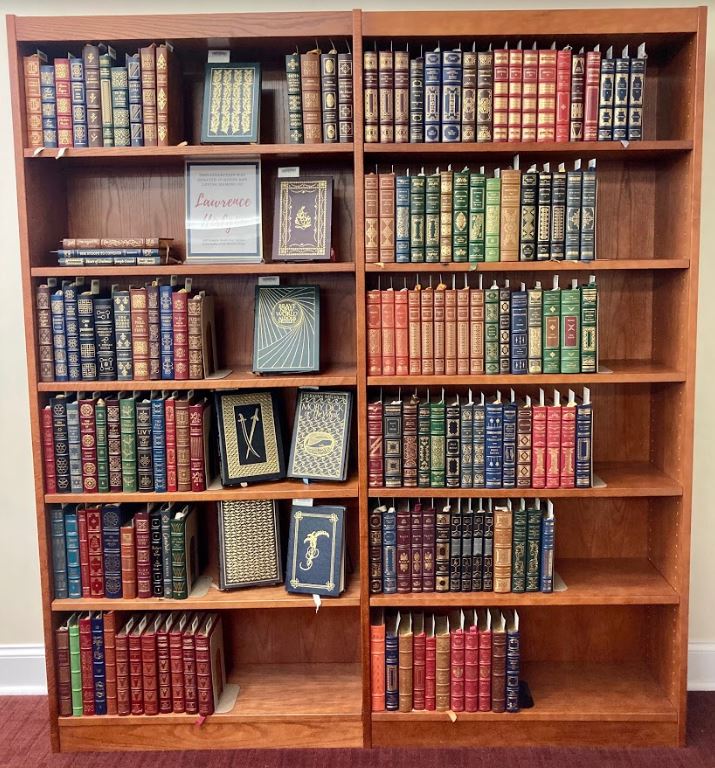 These special “deluxe editions” are made to last for generations. They are printed on acid-neutral paper, with sewn bindings (not glued). Each volume is fully bound in genuine leather, some with silk moire end papers, and all with 22k gold inlaid lettering and intricate designs on the cover and spine. 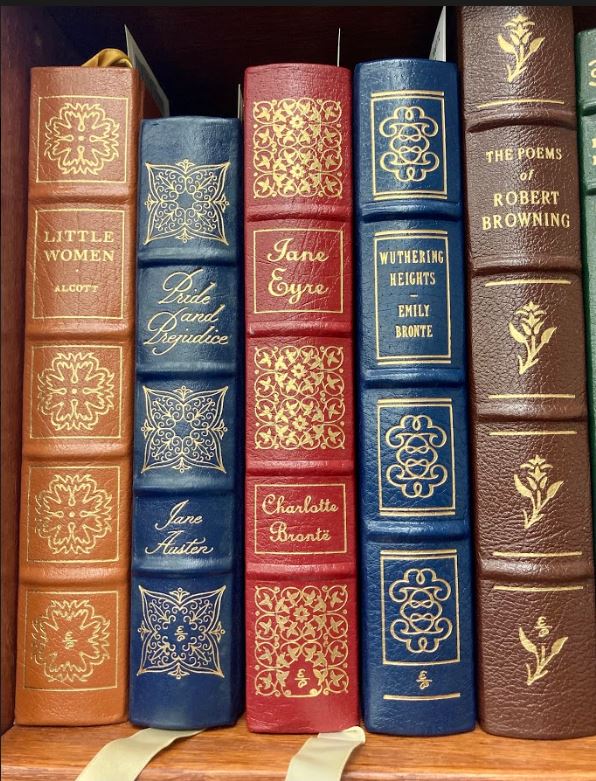 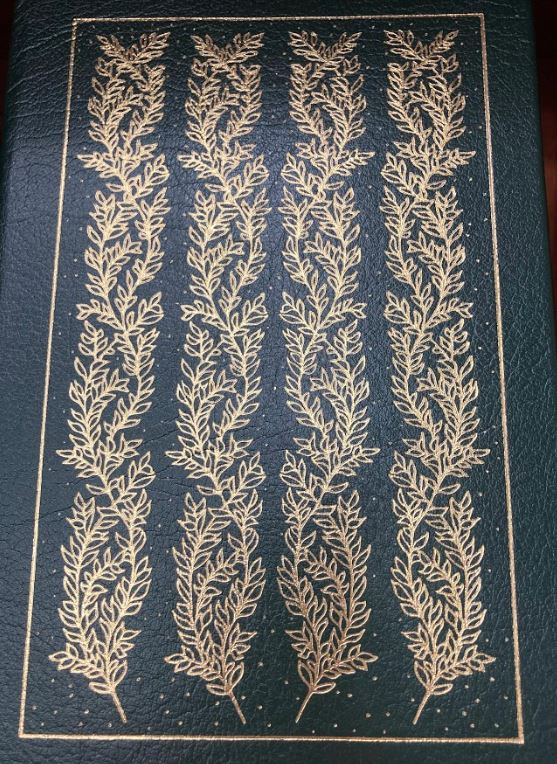 The edges are gilded as well, in either 22k gold or silver, and the finishing touch is a sewn-in satin ribbon bookmark. Clearly treasured by the previous owner, each volume is embossed on multiple pages with a seal that says “Library of L. G. Hodgin” surrounding the initials “LGH.” 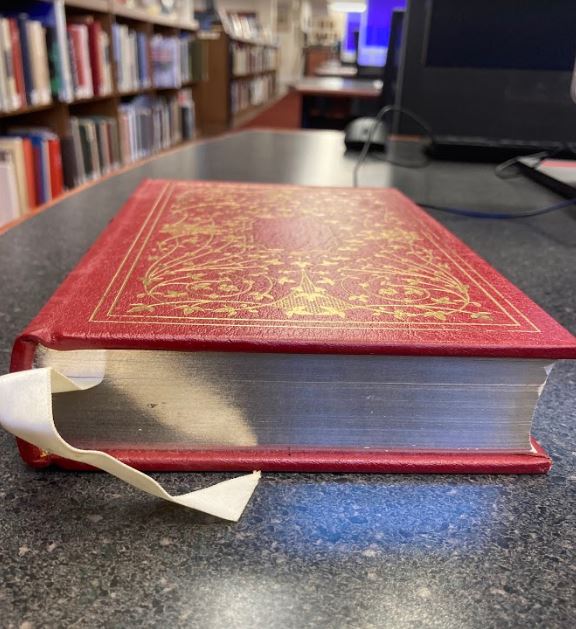 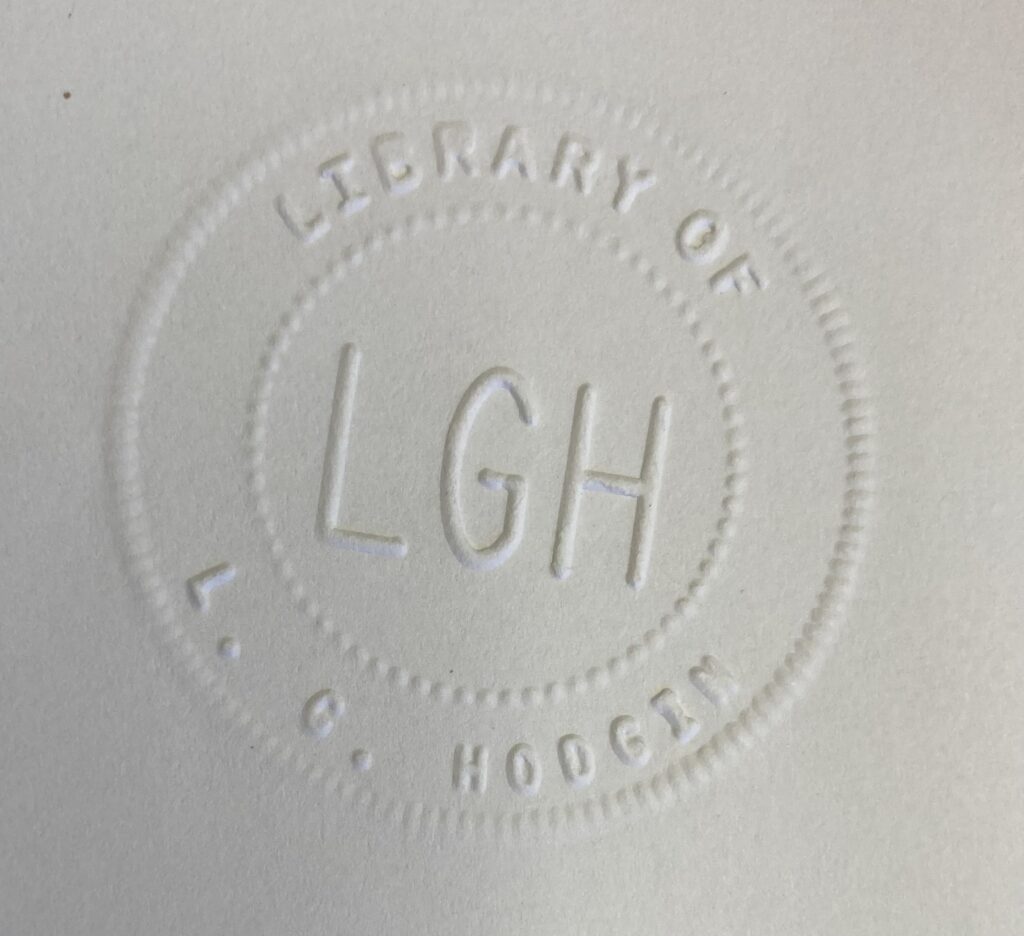 The collection is located on the main floor of Smith Library near the Jack Lucas Medal of Honor Case (to the far left when you walk in the main entrance), and includes titles from the following series.

As the name of the collection suggests, this set is made up of, what is considered to be, the 100 greatest books ever written. This collection includes works in the subjects of politics, science, philosophy, theatre, poetry, religion, and literature. This collection features works by well-respected authors such as Charles Dickens, Aristotle, Alexander Hamilton, Homer, Charles Darwin, and many more.  HPU owns the majority of titles in the series, and many of them are now on display for you to enjoy. Some of the books from this set include:

These are only a few of the major works that readers will find in this collection of masterpieces.

The Great Books of the Western World

This is another collection of world-renowned works that have made major impacts in the fields of politics, literature, philosophy, religion, science, theatre, psychology, and more. HPU Libraries owns the complete collection of these titles, some of which include:

Readers of all ages and interests will find something of interest and value in these collections; many of these titles are celebrated for their contributions to their fields while others have gone on to become major Hollywood films. These classics are not to be missed! We invite you to come and experience why these books have made the impact they have.

While these editions of the classic texts will not be able to be borrowed from the library, a librarian can assist you in finding a copy of the same title you can check out. Many are also available as eBooks. Click here to browse the collection in the library catalog prior to your visit.